SHARYL ATTKISSON: A LIST OF FAKE NEWS ITEMS DURING THE TRUMP PRESIDENCY

It’s no secret that Sharyl Attkisson – the Ida Tarbell of the 21st Century – is one of the few actual journalists left in America. She broke with her unethical colleagues over their refusal to cover the Obama Administration’s many scandals and found herself targeted by Obama’s FBI and NSA thugs. 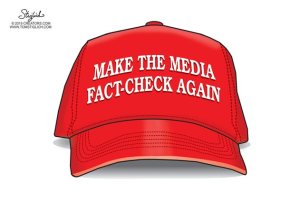 The incredibly courageous Attkisson still goes after tough stories on both political parties, and she doesn’t care if the facts reflect poorly on Trump, Obama or George W Bush before them.

Sharyl has compiled a list (see below) of the many instances of Fake News that the corporate media has perpetrated during the Trump presidency. 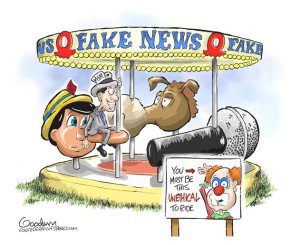 21 responses to “SHARYL ATTKISSON: A LIST OF FAKE NEWS ITEMS DURING THE TRUMP PRESIDENCY”