Another look at the make-believe “educators” (LMAO) who have – with their political intolerance – reduced colleges and universities to faith-based institutions that are as irrational as any religious “schools.”

These institutions are no longer interested in intellectual rigor but are instead dedicated to ramming simple-minded notions of “right” and “wrong” down the throats of students.

*** FUND FREEDOM IS STILL FIGHTING THE GOOD FIGHT TO PRESERVE FREE SPEECH FOR EVERYONE, DESPITE THE EFFORTS OF FACULTY LOUNGE FASCISTS …

ATHEIST EDITOR OF PHILOSOPHY JOURNAL LOSES HIS POSITION FOR RETWEETING AN ARTICLE TITLED “IS IT A CRIME TO SAY WOMEN DON’T HAVE PENISES?” CLICK HERE

What to do with quasi-religious narrow-mindedness that doesn’t announce itself as such – as with backward-thinking, ridiculous houses of worship – but instead masquerades as “social consciousness” or “being woke.” Alleged teachers are now really just clergy, or seem to consider themselves to be Missionaries for the Democrats. They’re really Left Wing Archie Bunkers.

The close-minded zealots who claim that “teaching is a political act” (LMAO) are the kind of people who often organize and carry out those “Wikipedia Edit-a-Thons” where they change entries to match their own personal political prejudices. Better to use alternate sites like INFOGALACTIC.COM, where political operatives don’t get to edit articles on a whim. 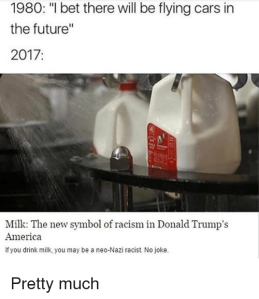 LAW PROFESSOR SAYS MILK IS A RACIST TOOL OF WHITE SUPREMACY – “Racist Tool” is a good way to describe white Democrat children of privilege like this alleged “educator” (LMAO). Democrats are now pushing “mylk” as a substitute for “problematic” milk. I wish I was kidding but I’m not. (And by the way, Democrats are determined to make the term “White Supremacy” as overused and meaningless as they’ve made “racism.”) Read her insane ramblings that masquerade as academic thought HERE

CAN DEMOCRATS BE TRUSTED TO SET ASIDE THEIR MANY BIASES AND MAKE OBJECTIVE HIRING DECISIONS? (No.) – This next item is further verification of the ugly way Democrats discriminate against anyone outside their political party and it plays a large part in the biased and viciously partisan approach used in colleges and universities. The bias and exclusionary hiring is so bad that at Cornell alone ELEVEN ENTIRE DEPARTMENTS have ZERO Republicans. That doesn’t happen by accident. Click HERE

“WHY I QUIT TEACHING” by David Solway. Solway nicely deals with the way that bloated administrative staffs have destroyed intellectual inquiry and operate more like punitive boards. For the piece click HERE

“THE CLOWN QUARTER NOW HAS AN ENGINEERING DIVISION” – A terrific look at how the simple-minded notions of morality that destroyed the humanities are branching into topics like engineering. This article quotes alleged “educators” (LMAO) who teach that requiring correct math results in engineering courses is “racist.” Click HERE

“THE SURREAL WORLD OF TEACHING” – The title says it all. Click HERE 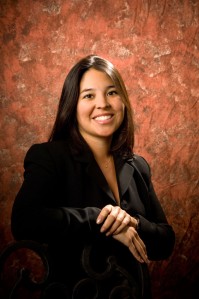 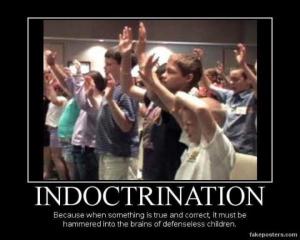 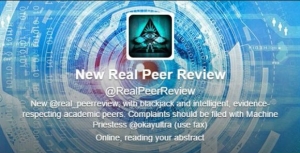