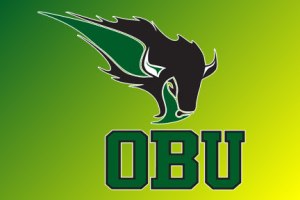 CHAMPIONSHIP GAME – The last two teams left standing were the top seeds – the OKLAHOMA BAPTIST UNIVERSITY BISON – and the 10th seeded BETHESDA (CA) UNIVERSITY FLAMES. Neither team scored until the Bison grabbed a 2-0 lead in the 3rd Inning but the Flames made it 2-2 in the 5th. By the end of the 6th Inning Oklahoma Baptist University led 4-3 with the relentless Cinderella 10 seeds tying it back up at 4-4 in the 8th. That’s where it stood in the bottom of the 9th when OBU’s Hunter Heath hit a Grand Slam Home Run to give his team an 8-4 triumph. Pitcher Carson McPherson got the Win.  * THE BISON ARE THE NATIONAL CHAMPIONS OF THE NCCAA *

DAY TWO: GAME ONE – A Marathon Game started things off yesterday in the NAIA. The 6th seeded AUBURN UNIVERSITY AT MONTGOMERY WARHAWKS (formerly the Senators) took on the 10 seeds – the POINT UNIVERSITY SKYHAWKS. The Skyhawks seized a 5-0 lead in the 1st Inning but could not maintain that intensity and by the 5th Inning the Point University lead was reduced to 8-7. The 8th Inning found the score knotted up at 9-9 and it wasn’t until the FOURTEENTH INNING that the Warhawks emerged with an 11-9 victory for Pitcher Clark Gray.

DAY TWO: GAME TWO – This game pitted the 9th seeded MASTER’S COLLEGE MUSTANGS against the 5 seeds – the UNIVERSITY OF SCIENCE AND ARTS OF OKLAHOMA DROVERS. After a scoreless 1st Inning the Mustangs went up 2-0 on the Drovers in the 2nd and made it a 3-1 advantage in the 6th. From there The Master’s College shut out USAO while adding 1 run each in the 7th, 8th and 9th Innings for a 6-1 win in this Elimination Game. Brad Lohse was on the Mound for the Mustangs for 9 Iron Man Innings.

DAY TWO: GAME THREE – Up next the 2nd seeded TENNESSEE WESLEYAN COLLEGE BULLDOGS took the diamond against the 7th seeded STERLING COLLEGE WARRIORS. Neither team got on the board until the 3rd Inning, when the Bulldogs exploded for a 6-2 lead. Tennessee Wesleyan College never looked back, ultimately crushing the Warriors by a final score of FOURTEEN to FOUR! Ryan Hartman was the winning Pitcher.

DAY TWO: GAME FOUR – The day wrapped up with a clash between the top seeded FAULKNER UNIVERSITY EAGLES (should be the Furies) and the 8 seeds – the LINDSEY WILSON COLLEGE BLUE RAIDERS. The Blue Raiders led for most of the game, taking a 3-2 lead in the 3rd Inning and making that a 4-2 edge in the top of the 8th. In the bottom of that Inning the Eagles went up 5-4, which also wound up being the final score. Pitcher Austin Moreland got the Save.

DAY EIGHT: GAME A – The NOVA SOUTHEASTERN UNIVERSITY SHARKS went up against the FRANKLIN PIERCE UNIVERSITY RAVENS in this game. The Sharks made it a 2-0 score in the 1st Inning, a lead which held up until the Ravens tied things up at 2-2 in the 4th. Franklin Pierce U grabbed a 3-2 edge in the 7th Inning but Nova Southeastern University forced extra Innings with a 3-3 tie in the bottom of the 9th. In the TWELFTH INNING the Sharks won it 4-3 for Devin Raftery.

DAY EIGHT: GAME B – This was a true Pitcher’s Duel as the MILLERSVILLE UNIVERSITY MARAUDERS tangled with the ANGELO STATE RAMS. Neither team scored in the 1st Inning, nor the 2nd or 3rd or 4th. It wasn’t until the 7th Inning that the Marauders drove in a run for a 1-0 lead. That was the extent of the offense in this game as Millersville University Pitcher Brandon Miller went 9 Iron Man Innings for the 1-0 win.

DAY EIGHT: GAME C – Masterful pitching was the story in this contest, too. The CAL POLY POMONA BRONCOS played the UNIVERSITY OF SOUTHERN INDIANA SCREAMING EAGLES in a game that went scoreless until the 8th Inning, when the Screaming Eagles grabbed a 1-0 edge. In the bottom of the 9th the Broncos made it a 1-1 deadlock then went on to win the game 2-1 in the 10th Inning. Cal Poly Pomona’s Ryan Alsworth threw for the victory. 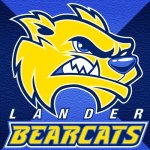 DAY EIGHT: GAME D – The LANDER UNIVERSITY BEARCATS clashed with the UNIVERSITY OF CENTRAL MISSOURI MULES in this game. A 1-0 1st Inning lead for the Bearcats became a 1-1 tie in the 3rd. In the 8th Inning additional runs made it a 3-2 advantage for Lander University. The Mules managed a 3-3 tie in the top of the 9th but the Bearcats won the game 4-3 in the bottom of that Inning. Brandon White was the triumphant Pitcher. 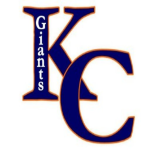 DAY EIGHT: GAME A – In this game the KEYSTONE COLLEGE GIANTS squared off against the SAINT JOHN FISHER CARDINALS. After a scoreless 1st Inning the Giants grabbed a 2-0 lead over the Cardinals in the 2nd and expanded that to a 3-0 advantage in the 5th. The Keystone College bats exploded for NINE runs in the 6th Inning enroute to a SIXTEEN to THREE blowout. Felix Baez picked up the Win for the Giants. 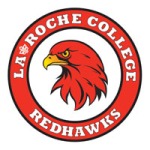 DAY EIGHT: GAME B – The LA ROCHE COLLEGE REDHAWKS and the UNIVERSITY OF WISCONSIN AT WHITEWATER WARHAWKS played each other yesterday. The two teams took turns scoring yesterday as the Redhawks scored runs in the 1st, 3rd, 5th and 6th Innings with the Warhawks getting on the scoreboard in the 8th and 9th. La Roche College won the game 5-3 with the Win going to Pitcher Tanner Wilt.

DAY ONE: GAME ONE – The IOWA WESTERN COLLEGE REIVERS and the COLLEGE OF SANTA FE SAINTS got things started in the NJCAA World Series. After a scoreless 1st Inning the Saints went on top 1-0 in the 2nd and 2-1 in the 3rd. College of Santa Fe added a 3rd run in the 7th Inning but the Reivers came roaring back with 3 runs of their own in the bottom of the 9th. Pitcher Matt Eardensohn got the 4-3 win for Iowa Western College.

DAY ONE: GAME TWO – Next up the CHATTAHOOCHEE VALLEY COLLEGE PIRATES did battle with the HARFORD COLLEGE FIGHTING OWLS. This game went from classic to blowout in the final few Innings. Neither team scored until the 4th Inning, when the Fighting Owls managed a 1-0 lead. In the 6th the Pirates seized a 6-1 advantage and the rout was on, ending in a 10-2 triumph for Chattahoochee Valley College. Chase Burks threw for the Win.

DAY ONE: GAME THREE – This was a real shootout between the CISCO COLLEGE WRANGLERS and the DARTON STATE CAVALIERS. The Wranglers got off to a quick 3-0 lead in the 1st Inning and the Cavaliers were playing catch up the rest of the way. A 6-4 edge for Cisco College in the 3rd Inning became 8-5 in the 4th and so on all the way to a 13-11 victory for the Wranglers. Jeb Garbfeldt was on the Mound for the winners.

DAY ONE: GAME FOUR – The YAVAPAI COLLEGE ROUGHRIDERS took the diamond against the DELGADO COLLEGE DOLPHINS. In the 2nd Inning the Roughriders grabbed a 4-0 advantage over the Dolphins. Delgado College moved to within 4-2 in the 3rd Inning and kept pace as Yavapai College held a 6-4 lead in the 4th. The Roughriders led 7-5 in the 6th Inning enroute to a 9-5 win. Pitcher Joseph Romero picked up the W. 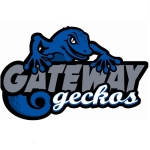 DAY ONE: GAME ONE – This Division’s World Series got started with a game between the GATEWAY COLLEGE GECKOS and the NORTH IOWA AREA COLLEGE TROJANS. By the 6th Inning the Geckos held just a 2-1 edge over the Trojans, but SEVEN runs in the 8th helped propel Gateway College to an ELEVEN to ONE blowout victory. The winning Pitcher for the Geckos was Garrett Poole.

DAY ONE: GAME TWO – The JONES COLLEGE BOBCATS and the MCHENRY COUNTY COLLEGE SCOTS clashed in this second game of the day. The Scots led 3-0 by the 2nd Inning but in the 4th the Bobcats went on top 4-3. That became an 8-5 lead in the 5th Inning and Jones College’s bats stayed hot from there, ultimately winning the game by a score of 13-6 for Pitcher Mason Strickland.

DAY ONE: GAME THREE – Next came a battle between the WESTERN OKLAHOMA STATE PIONEERS and the PARKLAND COLLEGE COBRAS. The Pioneers got off to a quick 3-0 lead in the opening Inning and by the 2nd had made it a 5-1 game. From there it was virtually all Western Oklahoma State as they proceeded to fold, spindle and mutilate the Cobras to the tune of TWENTY  to TWO! Carlos Pimental was the triumphant Pitcher.

DAY ONE: GAME FOUR – Closing out the day was a contest featuring the MERCER COUNTY COLLEGE VIKINGS and the BRUNSWICK COLLEGE DOLPHINS. A 3-0 2nd Inning advantage for the Vikings over the Dolphins became just a 4-3 edge by the 4th. Neither team scored from there as Mercer County College snagged the tight 4-3 victory. The winning Pitcher for the Vikings was Andrew DiPiazza, who threw for 9 Iron Man Innings.

DAY ONE: GAME ONE – Division Three’s World Series got underway with the Defending Champions – the TYLER COLLEGE APACHES – taking on the CENTURY COLLEGE WOOD DUCKS. The first 4 Innings of this game were a Pitcher’s Duel with neither team scoring. In the 5th Inning the Apaches made it a 5-0 game and in the 6th an 8-0 affair. Things never got much better for the Wood Ducks as Tyler College proceeded to win the game 11-1. Jonathan Groff went 9 Iron Man Innings for the Apaches.

DAY ONE: GAME TWO – The SUFFOLK COLLEGE SHARKS played the WAUBONSEE COLLEGE CHIEFS next. The Sharks got off to a quick 1-0 edge in the 1st Inning but neither team would score again until the 6th. In that 6th Inning Suffolk College made it a 6-0 game but the Chiefs pulled to within 6-2 in the 7th. From there the Sharks won it 7-2. Pitcher Kristopher Killackey notched the Win.

DAY ONE: GAME THREE – The NIAGARA COLLEGE THUNDER WOLVES tangled with the ROWAN GLOUCESTER COLLEGE ROADRUNNERS in this third game of the day. After 4 scoreless Innings the Roadrunners went up 1-0 in the 5th. The Thunder Wolves took a 2-1 advantage in the 8th Inning and added an insurance run in the 9th for a 3-1 victory. Alex Kubera pitched for the Save.

DAY ONE: GAME FOUR – And finally the NORTHERN ESSEX COLLEGE KNIGHTS engaged in a shootout with the MONTGOMERY COLLEGE RAPTORS. A 2-1 1st Inning edge for the Raptors became 3-1 in the 2nd but by the 4th the score was knotted up at 6-6. And so it went until the Knights won the game by a Polo Match score of 12-10. The victorious Pitcher was Northern Essex College’s Evan Glew.