Balladeer’s Blog has long been a proponent of the need for Third Parties here in America. Those additional political parties would provide much-needed competition to the corporate owned Democrats and Republicans who hijacked our electoral system long ago.

Donald Trump is a de facto Third Party President since the bloated rich pigs who own both parties are all against him. Even Mother Jones – Mary Harris Jones herself – agreed in another posthumous interview with me regarding Trump.

MOTHER JONES: Donald Trump is infuriating ALL the right people to infuriate! Just like  Franklin Roosevelt was accused of being “a traitor to his class” for the relief he brought to the long-suffering working class so President Trump is being regarded with the same hostility by the selfish moneyed interests. 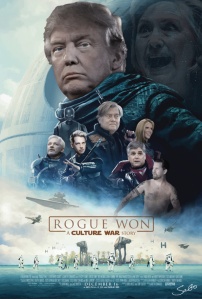 BALLADEER’S BLOG: And I imagine the Harry Truman comparison is the obvious shared trait?

MOTHER JONES: Damn right! President Trump reminds me of Harry Truman because of the way the prim cowards of the American media act shocked and offended whenever the Donald gives ’em hell!

BB: Now that you mention it Give ‘Em Hell, Donald would make a great one-man show.

MOTHER JONES: You bet it would, young fella. Combine a few of the best qualities of Truman and FDR and you get President Donald Trump. Like FDR he may be a rich man himself but only someone with a lot of capital and a lot of gumption could take on the entire political and financial establishment like he has.

BB: I agree that Trump is neither a Democrat nor a Republican, neither Liberal nor Conservative and that is a plus. But do you think he’ll be able to continue fending off all the selfish interests attacking him? END_OF_DOCUMENT_TOKEN_TO_BE_REPLACED