1912: BATTLE OF THE THREE PRESIDENTS

I won’t bury this item in unnecessary detail to the point where it becomes boring. My emphasis will be on its three-way battle’s relevance to us today. 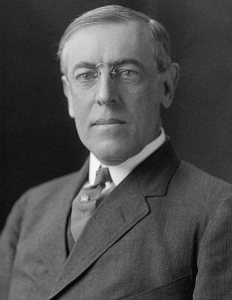 DEMOCRAT: Woodrow Wilson, the victor. To this very day many Republicans blame Wilson for starting the country on its path toward all the things they don’t like.

They ignore the fact that their own party’s movers and shakers of the time spitefully ensured Wilson’s victory by refusing to accept the popular Theodore Roosevelt as the Republican candidate.

That drove him to the Third Party called the Progressive Party, thus splitting the anti-Wilson vote in such a way that enabled the Democrat to win. 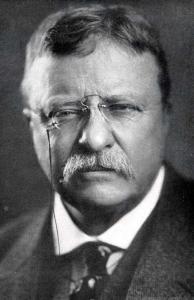 The reason? Theodore felt that Taft was undoing the few inroads that he (Theodore) had made against the moneyed rich pig class. Republican tycoons of the time often expressed their feeling that Teddy was a traitor to his class – an accusation that they would REALLY overuse against Theodore’s Democrat cousin Franklin Roosevelt decades later.

This is similar to the way current President Donald Trump is often attacked by today’s bloated rich pigs, both Republican AND Democrat, because of the few inroads that HE has made against his fellows in the moneyed class. Some of the rich pigs of Teddy’s era openly referred to the way they generally carry America’s elected officials around in their pockets by saying “We bought the son of a bitch but he wouldn’t stay bought.”        END_OF_DOCUMENT_TOKEN_TO_BE_REPLACED