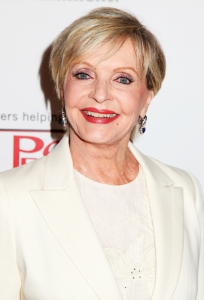 Theirs was a love story that will be told and retold for centuries. Florence Henderson passed away this past Thursday night and, to the surprise of no one, Fidel Castro decided life was not worth living in a world without Mrs Brady and took his own life at age 90.

“Flo-Fid,” as the celebrity couple was called, were an odd mix from the start. Over the decades Florence Henderson would often express her feelings toward Castro by calling him “that murderous thug dictator” while the lovesick Fidel would simply restate his undying love for her.

As Henderson once tenderly recalled “That sickening piece of garbage just cannot understand that I’m not really Mrs Brady from The Brady Bunch. I despise him and everything about him. The world will be a better place when he’s gone.” 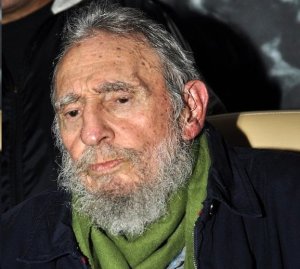 Castro would simply reply to such sentiments from his beloved by saying “We are like the Sam and the Diane from Cheers, no?” People magazine often stated that “the lady doth protest too much.”

CNN reporters stated that the way the deaths came so close to each other is a clear rebuke to Donald Trump … But they also said that about the sun rising this morning. END_OF_DOCUMENT_TOKEN_TO_BE_REPLACED

Obama spinelessly let him get away with this pretence. The next day Amnesty International and other groups provided PLENTY of names of political prisoners in Cuba.

Balladeer’s Blog remains the only site on the web that equally criticizes both American Liberals and Conservatives. Some readers from overseas asked me why American Liberals adore Cuba and the Castro Brothers but constantly trash their own country for comparatively smaller offenses. I’m happy to explain:

American Liberals think that any oppressive dictatorship that is on bad terms with the United States MUST be wonderful but oppressive dictatorships that are on GOOD terms with the United States MUST be viewed as proof that we are complicit in injustices around the globe and should be hated for it. Trust me, after the bloated rich pig Castro Brothers are gone, if Cuba actually becomes closely alligned with America in the future the left will talk about nothing BUT all the political prisoners and oppression in that country.

The rest of us, who are neither Liberals nor Conservatives (you can call us adults) evaluate each individual situation for ourselves, sometimes agreeing with America’s detractors, sometimes agreeing with America’s supporters. Obama is a typical American Liberal ass so naturally he swoons at the mere thought of Cuba and the murderous Papa Fidel and family.

Welcome back to Balladeer’s Blog, the only site on the web that equally criticizes Liberals and Conservatives. This post will be a hybrid of my mythology posts and my pokes at American political zealots. My list of Conservative deities will be coming next. In the meantime enjoy this irreverent look at the icons adored by the hilariously pretentious asses of American Liberalism. Naturally part of the fun comes from the fact that pompous Liberals always like to criticize figures that other people revere but fall to pieces and froth at the mouth with impotent outrage whenever figures THEY hold dear are regarded with the same critical eye.

Not pictured – a Liberal

9. JOHN F KENNEDY  – Despite what 21st Century American Liberals think John F Kennedy was not a Liberal. His brother Ted certainly was, but JFK, as revealed in books like Conversations With Kennedy, regarded Liberals as hopelessly impractical and humored them only to the degree that he had to to ensure enough party cooperation when dealing with Congress. Even Tip O’Neil, in his autobiography Man of the House maintained that Jack Kennedy was END_OF_DOCUMENT_TOKEN_TO_BE_REPLACED