THE EMPEROR OF THE AIR (1910) ANCIENT SCIENCE FICTION 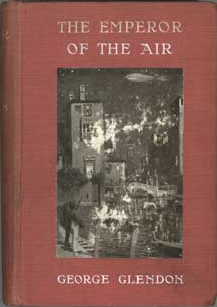 THE EMPEROR OF THE AIR (1910) – Written by George Glendon, this is a story about two visionaries – the German-American tycoon Hans Kreutzer and the Italian inventor Anatole Lonari.

The inventor has been finagled out of profiting from many revolutionary creations and feels very embittered. The tycoon, despite his comfortable existence, has become a dedicated anarchist and longs to lay low the “oppressor nations.”

Kreutzer and Lonari join forces and settle in a remote area of Spain to pursue their dream project. The inventor perfects a very advanced rotary engine while the tycoon/ entrepreneur produces a vacuum-lifted aircraft that requires no helium or hydrogen to rise into the sky.

Throw in solid fuel and futuristic explosives and the two masterminds complete their airship called the Zara. It can fly up to 100 miles per hour and remain airborne for extended periods of time. 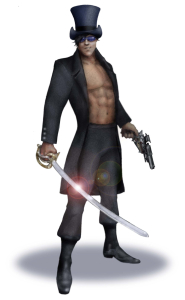 Recruiting a crew from among Kreutzer’s fellow anarchists, he and Lonari take to the air and destroy the British and French fleets to open their campaign against the world at large. Next, they pull off an aerial raid of the Tower of London to steal the British Crown Jewels.

Our two lead characters demand ransom for the jewels but HMG refuses to pay, so they use the Zara to level the House of Lords. Kreutzer and Lonari captain their airship around the world, striking at assorted nations as they go.

In America they wipe out Wall Street and wage war on the Robber Barons. Kreutzer now declares himself the Emperor of the Air and claims sovereignty over everything higher than 1,000 feet above the land.

The nations of the world are helpless to stop the depredations of the Zara, which continues using the futuristic fortress in Spain as a home base. At one point Kreuzer and Lonari and their crew fly the Zara to the North Pole where their expedition uncovers a powerful radium source that will further strengthen the airship.

While our power-mad main characters are on their polar journey, a multi-national army attacks their fortress in Spain. The anarchist soldiers at the base are holding out against the superior numbers of their enemy by using their leaders’ high-tech explosives and other weaponry, including poisonous gas.

The Zara arrives from the North Pole in response to radioed distress calls from their Spanish fortress and turns the tide, driving off the multi-national forces. Feeling that if they can find a more secure location for their base they will be unstoppable, Lonari, Kreutzer and their followers search for such a site.

They decide to construct their new fortress atop Mount Everest, but this project results in the crash of the Zara when it falters in the thinner air at such an altitude. Everyone on board dies, ending the anarchists’ campaign of terror.

The Emperor of the Air obviously owes a lot to Jules Verne’s Robur the Conqueror stories. Its depiction of the way self-styled “revolutionaries” easily grow drunk on their newfound power still resonates today.