DEMOCRATS VS THE REST OF US: AUGUST 26th

The Biden Regime has now forced the working class and the poor to pay for the student loans of privileged Democrats. This will not be the last time, based on how Democrats run these scams. This will happen again and again. Joe Biden and Nancy Pelosi previously stated (correctly) that no president has the authority to do what Biden just did regarding student loans.

Harvard Law professor Laurence Tribe celebrated how much Biden’s move will help many of his ex-students. By the way, “No. 2 is Harvard Law School, where grads with little or no experience pull down a median salary of $143,000. At mid-career, Harvard law graduates earn $234,000, on average,” Forbes reports.” It sounds like they can afford to pay their own student loans.

FBI WHISTLEBLOWERS REVEAL EVEN MORE ABOUT HOW AGENTS WERE ORDERED NOT TO LOOK INTO THE BIDEN FAMILY SCANDALS UNTIL AFTER THE 2020 ELECTION. More HERE.

FBI STILL PERSECUTING PEOPLE INVOLVED IN THE ASHLEY BIDEN DIARY INCIDENT. DEMOCRATS IGNORE HOW HER DIARY REFERRED TO HER FATHER JOE BIDEN TAKING “INAPPROPRIATE” SHOWERS WITH HER WHEN SHE WAS A CHILD. More HERE. And HERE.

Try to imagine how this story would be handled if it was a non-Democrat at the core of the scandal. EVERY TIME the case was mentioned, Democrat news outlets would be mentioning Ashley’s allegations that her creepy father Joe Biden took those “inappropriate” showers with her when she was a child.

ONLY 32% TRUST THE MEDIA. And no wonder.

ON A LIGHTER NOTE, HILLARY CLINTON LOST A COMPETITION OF LEGAL QUESTIONS AGAINST KIM KARDASHIAN … WITH HILLARY’S OWN DAUGHTER ASKING THE QUESTIONS! Kim beat her 11-4. Always remember that Hillary flunked the bar exam long ago.

AND MORE FBI WHISTLEBLOWERS EXPOSE FAKE CASES AND FAKE AFFIDAVITS. This is worse than J Edgar Hoover’s time at the FBI.

BIDEN REGIME NO LONGER TRUSTED BY UNITED ARAB EMIRATES AND KUWAIT. Welcome to the party, pal. 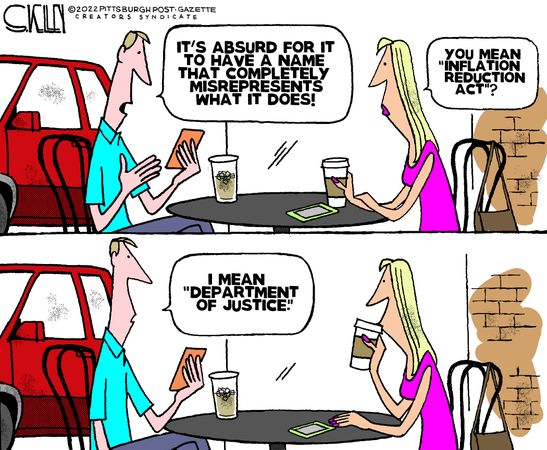 12 responses to “DEMOCRATS VS THE REST OF US: AUGUST 26th”