Title: The Master Plan of the Molten Man

Synopsis: With Peter Parker’s Aunt May finally out of the clutches of Doctor Octopus and being taken care of by her new roommate Anna Watson (Mary Jane’s aunt), Peter as Spider-Man is swinging his way around New York City one night a few weeks later.  He comes across a few cops investigating a strange break-in at the Metropolitan Museum.

Clinging to the ceiling and staying out of the way of the investigating officers, Spider-Man goes unnoticed as the investigation reveals that the break-in was committed by a supervillain who could burst through walls as well as melt locks and leave burned-in footprints in the floor. The thief stole meteor fragments from one of the displays then left.

Just as Spider-Man realizes this must have been the work of his old foe Molten Man, whom he fought two times previously, the cops notice him and open fire. At this time our hero is still wanted in regard to a pair of murders – of Captain John Stacy and Norman Osborn. (He won’t be cleared for years.)

Spider-Man escapes and swings his way home, making a mental note to do some checking to see if the Molten Man (Mark Raxton) has escaped from prison. He also reflects on how Dr Octopus and Hammerhead were both killed in a nuclear explosion last issue.

NOTE: Years later, Marvel Comics decided they had both escaped and were still alive. You know comic books.

He changes back into Peter Parker a few blocks from his and Harry Osborn’s apartment. He has taken to changing far away rather than making the switch once he gets to his bedroom because of Harry’s paranoid and suspicious behavior in recent months.

NOTE: Peter doesn’t know it (but we readers do), but Harry is the one who removed his dead father Norman Osborn’s Green Goblin costume before the police found his body. Thanks to documents that Norman had on his person, Harry now knows that Peter is Spider-Man and he is plotting to take revenge in the near future as the new Green Goblin.

Elsewhere, the fugitive Molten Man, who has switched to his Mark Raxton identity, returns to his cheap hotel room and finds the maid cleaning his room. Not wanting anyone nosing around and maybe calling the cops on him, he angrily orders her from the room, threatening to burn the hotel down if anyone intrudes in his room again.

The annoyed and alarmed maid leaves but calls the Daily Bugle tip line and complains about the hotel guest’s threats and his suspicious activities.

Back to Peter Parker, who bumps into Liz Allen, whom he hasn’t seen in years.

NOTE: Liz Allen was a regular supporting character in Spider-Man stories when Peter and she were in high school. He had a crush on the beautiful blonde but she was dating Flash Thompson even though she found Peter far more interesting and nicer. Ultimately she dropped Flash for Peter, but later dumped Peter.

Comment: Okay, now. Betty Brant, Gwen Stacy, Mary Jane Watson, Liz Allen … How exactly did Peter Parker get a reputation as a nerd? The dude was a pimp!

Back to the story – the two talk and the exhausted Liz says she was on her way to Harry and Peter’s apartment because she is in dire straits. She is rambling from her obvious exhaustion and fear, so Peter escorts her to Mary Jane Watson’s apartment, where he talks MJ into letting Liz sleep it off overnight.

Comment: Okay, weeks after Peter Parker ran off, abandoning Mary Jane at Betty Brant and Ned Leeds’ Christmas Eve party, he shows up at MJ’s apartment and has her let one of his old, clearly troubled girlfriends spend the night there. Pimp confirmed!

Anyway, the next morning Ned Leeds is one of the reporters routinely following up on tips left on the Daily Bugle’s tip line and he happens to be the one checking the hotel that the maid called from. Peter Parker drops by the Bugle to check on what any crime reporters know regarding Molten Man’s present status.

Before he can do so, City Editor Joe “Robbie” Robertson (the black guy and father to Peter’s college friend Randy Robertson) sends Peter to the hotel Ned left for an hour or so earlier in case the tip pans out. As Spider-Man, he swings across town to the hotel and in Mark Raxton’s room sees Ned Leeds has just been struck down by the villain.

Our main character and the Molten Man renew their acquaintance and fight it out, destroying part of the building. During the battle, the villain reveals that he stole the meteor fragments to increase his powers. He can now burn hotter than before, his flesh is harder and more steely than before, AND he is physically stronger than ever.

Eventually, however, Spider-Man manages to knock him into a fire hydrant and the burst of water lessens the Molten Man’s temperature but also causes enormous amounts of steam. The villain escapes under cover of all that steam, so Spider-Man gets the unconscious Ned Leeds to a hospital.

He changes back into Peter Parker just outside the hospital and then in his civilian guise checks Ned in. The doctors and nurses indicate that Ned is suffering from exposure to radiation. Soon, Peter begins to feel the effects, too, and collapses in the hospital halls.

Title: The Molten Man Breaks Out

Synopsis: Peter is found on the hospital floor by an intern but before the man can inspect Peter closely enough to discover his Spider-Man costume beneath Peter’s street clothes, Molten Man bursts his way into the hospital.

The villain has come to kill Ned Leeds before he can reveal whatever he learned when checking out the Molten Man at the hotel earlier. The intern runs to care for patients mortally endangered by the villain’s rampage.

Soon, Peter comes to on his own and finds an empty room to turn into Spider-Man. He and the Molten Man fight again and eventually Spidey uses a firehose to spray the villain with water, so that this time it is the Molten Man who can’t see HIM in his weakened state. 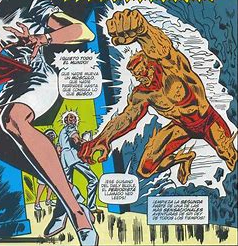 Our hero gets the upper hand on the MM, so Raxton burns and bursts his way through the wall and escapes. Turning back into Peter Parker, our main character checks in on Mary Jane and Liz.

Liz Allen reveals that the trouble she found herself in involved her step-brother … who turns out to be Mark Raxton aka the Molten Man! She’d been working as a nurse at the prison, helping to take care of him the past few years while the doctors tried to remove his molten powers.

Eventually Mark Raxton grew impatient and escaped. Liz has been eating herself up with guilt and anxiety the past couple days since that escape. At length MJ takes Liz out for something to eat since she is awake now but wobbly.

Peter becomes Spider-Man and tracks the Molten Man to a robbery at a radiation tech institution, where Raxton stole some isotopes. From there he tracks him to another museum with meteor fragments similar to the ones the MM stole from the Metropolitan Museum the night before.

The two engage in a running fight from that museum to the New York Subway System. With his increased powers the Molten Man is beginning to burn out of control. He senses that he is dying and tries to take Spider-Man with him, but instead falls into the Hudson River, where the battle has taken the two combatants.

As his ultra-heated body hits the icy cold January water it shatters and/or dissolves, killing him. Spider-Man ponders the situation for a moment, then swings off to let Liz Allen know her step-brother’s fate.

The threat of the Jackal still hangs over our hero’s head and Spider-Man wonders what that foe has been up to since entangling him with Doc Ock and Hammerhead failed to kill him.

I’LL COVER THE NEXT CHAPTERS SOON. KEEP CHECKING BACK.

FOR CHAPTER LINKS TO THE 1970s BLACK PANTHER VS KILLMONGER STORY CLICK HERE.