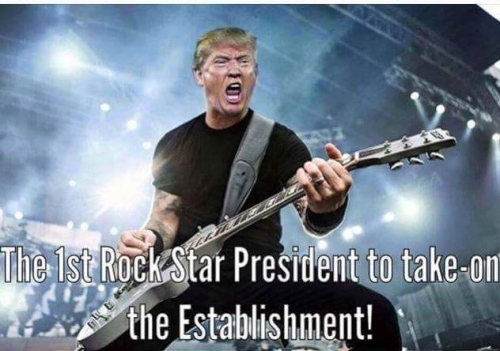 Here at Balladeer’s Blog I’ve been getting a lot of comments and emails from readers – especially overseas – asking for my take on the night’s events. As always I’m humbled by the way so many of you – again, especially overseas – pay me the compliment of trusting my take on political events here in the U.S. I’ll address the Congressional races first, THEN the presidential race.

*** Even the Democrats at Politico are admitting, as their Jake Sherman put it “Democrats are waking up to an abject disaster and there is no other way to explain this. …Republicans are going to net seats in the House of Representatives. That was on nobody’s radar. They (Republicans) knocked off a whole host of (Democrat) incumbents. The GOP added women to their ranks.” (ELEVEN new Republican women won their races for the House of Representatives.)

NOTE FROM BALLADEER: So, once again we have seen how utterly useless polling in America has become. Not only were the vast majority of pollsters predicting an easy Biden win but also that the Democrats would increase their number of seats in the House of Representatives AND that Democrats would take the Senate from the Republicans. Neither happened.

Politico went on: ““TUESDAY WAS AN ABJECT DISASTER for Democrats in Washington. To imagine the amount of soul searching and explaining the party will have to do after Tuesday is absolutely dizzying. The infighting will be bloody — as it should be. We fielded text after text from Hill Democrats Tuesday night and early Wednesday morning with existential questions about their leadership and the direction of their party…”

“DEMOCRATS TOLD US in the weeks and months leading up to Election Day that they were on track to win the majority in the Senate, and they don’t appear poised to do that …”

(They) TOLD US that Dems would win a dozen seats in the House, and knock off a whole host of Republican incumbents, and that was completely wrong…”

“THE POLLING INDUSTRY is a wreck, and should be blown up.”

AND FROM CNN OF ALL PLACES CAME THIS:

Remember the whole ‘revolt of white women grossed out by Trump?’

In 2016 Trump won white women by nine points. Last night he won them by twelve.”

*** Republicans had a net gain in governorships, too, and now have 27 states to the Democrats’ 23. SO AGAIN, it certainly does not seem that polls and Democrat media outlets were anywhere near right in their incessant claims that voters were disgusted with Trump and the political party that claims him and were determined to vote all of them out in a “Blue Wave” (LMAO). 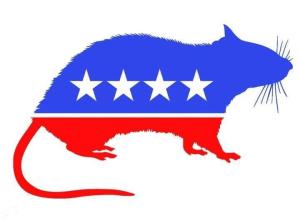 *** As for the presidential race I don’t say this in an “I told you so” spirit, but I was one of MANY sites pointing out the way Democrats, with their “By any means necessary” motto, have a LONG history of conveniently “finding” the number of votes they need for their candidate to win the longer they can keep the counting (really manufacturing) of votes going. I’ve dealt with examples of this plenty of times in my 10 years of blogging.

For months I’ve been writing in blog posts and telling any readers who asked that the Democrats were emphasizing fraud-friendly “vote by mail” to muddy the presidential election results and drag things out for who knows how long. I also mentioned that this election would go to the courts and it does look that way.

*** And I don’t blame de facto Third Party President Trump for declaring victory and addressing the obvious fraud going on – Biden would certainly do it if the positions were reversed. Plus, for months now the Democrats have telegraphed their plans to cause election night confusion to prolong uncertainty. It’s not clear how long this may go on.

THE BOTTOM LINE IS THAT WE HAVE SEEN FOR YEARS HOW AMERICA’S NOTORIOUSLY CORRUPT POLITICAL ESTABLISHMENT HAS BEEN TRYING TO DRIVE OUT PRESIDENT TRUMP. THEIR EFFORTS CONTINUE.

Ballot tally “errors” (Yeah, right.) which reported Biden ahead of Trump in two Michigan counties have been detected and the “confusion” (Yeah, right.) around that has forced re-tabulation of the votes in those two counties. For now. Who knows how many other “oopsies” that favored Biden will be discovered as the process continues.

ARIZONA WILL BE UNDER REVIEW FOR QUITE AWHILE BECAUSE THE DEMOCRATS TOSSED OUT TRUMP VOTES WHERE THE BALLOTS WERE FILLED OUT BY A SHARPIE.

WISCONSIN IS UNDER AN OFFICIAL RECOUNT AT THIS TIME. Again, this could all take days or weeks.

Even Rachel Maddow admitted there was no blue wave … not even a blue ripple.