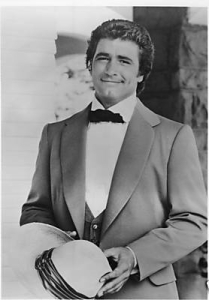 PART FORTY-FIVE – Of interest to me in the March of 1911 issue of James Larkin Pearson’s version of the Fool Killer:

*** A derogatory reference to a fool as “whiffledick.” Obviously that would not carry the exact same meaning back in 1911 as it does today, but it caught my eye. The target of the insult and the exact context cannot be determined from the copy of the issue I had access to because of too much fading.

*** The Fool Killer targeted an Illinois farmer named Reedy (no first name given) for authoring a study he performed which – Reedy claimed – proved that cows need music to improve milk production. Reedy had Oscar H. Bollman (We needed HIS last name?) install a Mason & Hamlin piano in the barn where Reedy had a professional piano player perform for the cows during milking time. Reedy claimed his 19 cows were producing more milk than any 30 cows. Celebrity singers were already lining up to sing to Reedy’s cows. I’m not kidding.

*** Bloated rich pigs who bought miles of land that they wouldn’t need.

*** The Fool Killer targeted cut-and-slash lumberwork, since it left the emptied forest desolate and at the mercy of flooding.

*** The Fool Killer targeted Dick Maple, a writer who was known for his REAL racist hate-mongering. Maple’s new obsession was insisting that if Socialism wanted intellectual respect it had to distance itself from religion. This upset Pearson, who was a self-described Socialist but was also very religious.

Among the Fool Killer’s pithier observations this time around:

“Truth crushed to Earth has to get up by itself, but a lie always has help.”

“You can get justice in our courts – if you have enough money to pay for it.”

As I always say, it’s fascinating to read this old publication and its odd mix of viewpoints – even the ones you disagree with.

I WILL COVER MORE FOOL KILLER LORE SOON. KEEP CHECKING BACK FOR UPDATES.