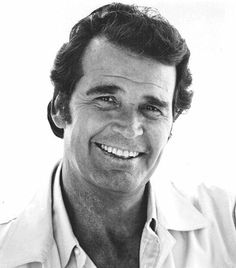 Balladeer’s Blog’s theme of Top 20 lists for the year 2020 continues with this look at a score of James Garner films. NOTE: The Great Escape is not included, only because Garner was part of an ensemble cast in that movie. 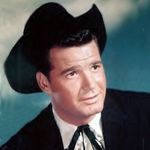 For many American males James Garner and the characters he brought to life represented a happy medium between psychotically macho men and unbearably femmey men. I hate the term “role model” but for lack of a better choice that’s what we’ll go with.

In addition Garner served in the Korean War and won two Purple Hearts. 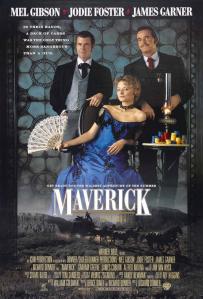 MAVERICK (1994) – Though James Garner was technically playing a supporting role to Mel Gibson in this film, Gibson was portraying Bret Maverick, the character Garner had turned into a sensation in the 1950s. Since this movie would not exist without the cultural cache built up by James’ portrayal of both Bret AND “Pappy” Beauregard Maverick (in old age makeup) this definitely counts as a Garner film.

NECESSARY SPOILER: The lawman character that Garner portrays in the film turns out to really be Pappy Maverick, with Mel Gibson’s Bret simply playing along with his father’s impersonation. FOR MY FULL-LENGTH REVIEW OF THIS FILM CLICK HERE 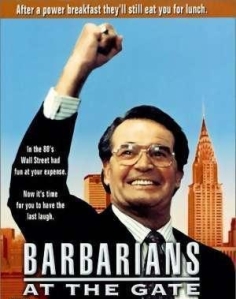 BARBARIANS AT THE GATE (1993) – In this telefilm based on the best-selling non-fiction book, Jim plays F. Ross Johnson, the real-life president of RJR-Nabisco who unleashed one of the most chaotic and frenzied leveraged buyouts in Wall Street history during the “greed is good” 1980s.

The real Ross Johnson was close with Warren Beatty and other major players in the entertainment industry, which may be why he gets painted in a less villainous light in the movie. (Being played by the ever-charming Garner certainly helps.) In reality FEWER jobs were lost by the ultimately triumphant Henry Kravis’ LBO plan than would have been lost if Johnson came out on top.

Teddy Forstmann, the lone Wall Street figure of the 80s who was a voice in the wilderness condemning LBOs and the damage they did to the economy, gets depicted as a virtual loon. Very odd, since Forstmann’s real-life views on LBOs were closer to the sentiments of Larry Gelbart and the others behind this flick than Johnson’s or Kravis’ were.

Ultimately Barbarians at the Gate is a dark comedy classic, it’s true, but read the book if you want the real low-down on the eventful RJR-Nabisco buyout. 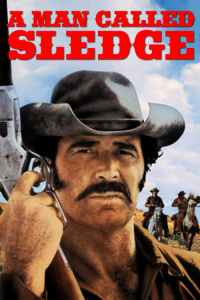 A MAN CALLED SLEDGE (1970) – Garner’s lone Spaghetti Western was a fascinating departure from his usual depictions of a roguish but not ruthless rascal. This time around he plays Luther Sledge, a grim, pitiless bandit leader who becomes obsessed with robbing a fortune in gold from its temporary storage place in a combination fortress and prison for hardened criminals.

Dennis Weaver, Claude Akins and others are along for the ride in this rare type of Italo-Western that incorporates all of the sub-genre’s strengths while omitting nearly all of its weaknesses. Almost every minute of A Man Called Sledge is riveting to look at with only a slight letdown toward the end.

After watching this movie I wanted to see how Garner would have done in the Lee Van Cleef role in The Good, The Bad and the Ugly. 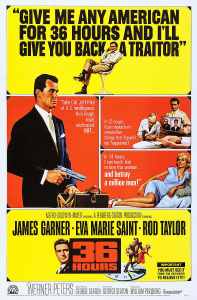 36 HOURS (1964) – A black & white espionage drama set during World War Two. James stars as Major Jefferson Pike, a military intelligence man on a mission to Lisbon and who falls into the clutches of the Nazis shortly before D-Day.

Rod Taylor, John Banner, Eva Marie Saint and others play the Germans running a reverse-Mission Impossible deception on Major Pike. (I refer to the television series Mission Impossible, not the movies.) They put grey in our hero’s hair, use drugged eye-drops to blur his vision and employ other tactics to try convincing him that it’s years after the war and that he’s much older.

Part of the con job involves selling him on the idea that he’s had amnesia and other mental issues and – in the course of treating him and having unguarded conversations with him – learn the date and landing area for the Allied invasion of Europe in 1944.

It’s not a 100% realistic plot, but it makes for a nice gimmick movie as Major Pike, like Patrick McGoohan in The Prisoner, plays a cerebral game of cat and mouse with his captors. 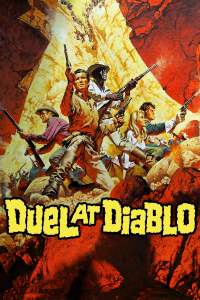 DUEL AT DIABLO (1966) – A riveting western which sympathetically portrays the plight of Native Americans while not becoming overly preachy. Jim portrays Jess Remsberg, expert Scout for the U.S. Cavalry, who is on the trail of the man or men who killed and scalped his Native American wife.

Reluctantly, he gets drawn into a cavalry expedition led by rising military star Lt Scotty McAllister (Bill Travers) into the desert territory of Apache leader Chato. Also drawn into the affair is Toller (Sidney Poitier), a former subordinate of McAllister’s who now works as a contractor training horses for the army.

Bibi Andersson plays Ellen Grange, a white woman who had a child by one of the Apaches who raped her and is shunned by “polite society” because of it. Dennis Weaver plays her businessman husband Willard.

Through assorted twists and turns all of these plotlines tie together seamlessly amid a lot of action and gunfire. This is an incredibly underrated western that impresses me more each time I watch it. 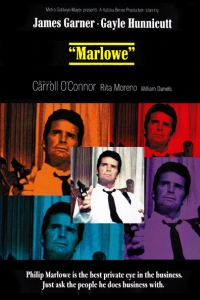 MARLOWE (1969) – A movie adaptation of Raymond Chandler’s mystery novel The Little Sister. Garner stars as Private Detective Philip Marlowe but acts more like his later Jim Rockford character, and that’s not a complaint.

Gayle Hunnicutt plays Mavis Wald, a tv star whose affair with a west coast gangster lands her and her younger sister in the middle of multiple murders. Rita Moreno portrays Dolores Gonzalez, Mavis’ less successful friend who used to be involved with the same gangster.

Throw in a series of ice pick slayings plus a corrupt MD and the story is fairly decent. Carroll O’Connor does a great job as a police lieutenant who doesn’t like a private investigator mucking up his cases. 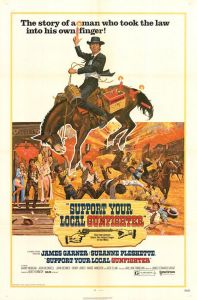 SUPPORT YOUR LOCAL GUNFIGHTER (1971) – Garner portrays old west conman Latigo Smith in this nearly flawless comedy. Latigo has just romanced and abandoned a brothel madam but failed to make off with her money. Stranded in Purgatory, a town divided by a mining war, he plies his gigolo trade again with the local whorehouse owner, Jenny.

While trying to acquire enough money to move on, Smith is mistaken for notorious gunfighter Swifty Morgan, leading to all manner of complications which the conman tries to play to his advantage. Suzanne Pleshette co-stars as Patience Barton, the fiery-tempered daughter of one of the mine owners and becomes Garner’s love interest. 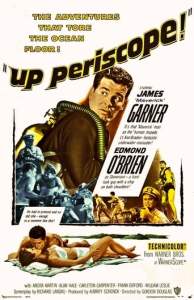 UP PERISCOPE! (1959) – In this World War Two movie Garner is Navy Lt Kenneth M Braden, who gets recruited for a top-secret frogman mission. He must scuba dive from a submarine onto a Japanese-held island. Once there he is to break into the enemy base, photograph top-secret radio codes and return to the sub undetected so the Japanese won’t know the codes have been compromised.

Andra Martin stars as the Mata Hari who helps lure Braden into the scuba-diving mission and becomes his love interest. Edmond O’Brien plays Commander Paul Stevenson, who captains the submarine which transports Garner to the site of his dangerous mission.

Alan Hale does a surprising turn as a jovial hedonist who drinks heavily and beds numerous babes in between missions. Believe it or not he carries it off and made me wish he had starred as Babe Ruth in a movie. It would have been midway between the absurd William Bendix version and the John Goodman classic. 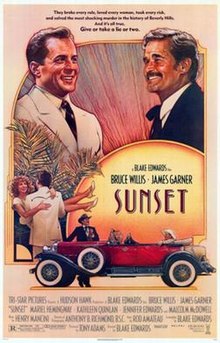 For a silent movie geek like me Sunset is irresistible. Not only do you get Tom Mix but Malcolm McDowell portrays Alfie Alperin, a Charlie Chaplin pastiche who, believe it or not, is the story’s villain. We even get a partial reproduction of the very first Academy Awards ceremony.

Garner is pitch-perfect as the elderly Earp and Willis is serviceable as Mix. The pair are at their best in wry conversations which reflect on the artificial nature of both their reputations.

The murder “mystery” is a composite of a few real-life Hollywood killings of the time period. If you’re not a fan of Garner or Willis or silent movies you may want to give this one a pass.

GRAND PRIX (1966) – I don’t even like open-wheel racing, but this movie kept me watching and not just because of Jim’s always affable presence. Before Paul Newman’s film Winning came this racing movie.

Garner stars as Pete Aron, a Grand Prix driver who is dropped by his team after a horrible accident at Monaco. Drifting into the broadcasting profession for awhile, Aron inexorably feels the danger and the competition luring him back behind the wheel.

Standard sports cliches aside, the visual spectacle of this film is dazzling, albeit dated. Soap opera antics get acted out by the supporting cast of Yves Montand, Eva Marie Saint, Toshiro Mifune, Jessica Walter and others.