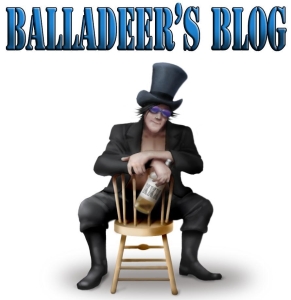 QUESTION: How come you no longer make as many mentions or blog posts about the Spanish Civil War (1936-1939) as you used to?

ANSWER: First let me provide clarification for newer readers why I used to invoke the Spanish Civil War so frequently. I used to use that conflict’s imagery and terms as a departure from over-used World War Two and Cold War clichés when describing the current forces tearing the U.S. apart.

Ultimately nobody (except maybe the Anarchists) were worth rooting for in the Spanish Civil War once you had Stalin aiding the leftists and Hitler & Mussolini aiding the right-wingers. No matter which side won it was clear that Spain would no longer be a free country like it had been under the short-lived Republic. 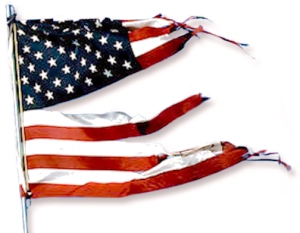 Long ago I used to condemn the Anarchists for finding both the left and the right too totalitarian to be worth siding with and fighting both sides. In recent years I’ve certainly come to sympathize with their position as we here in America have seen that the political left is every bit as bad as the worst right-wingers ever were.

I stopped using Spanish Civil War imagery and terms as frequently as I used to because more and more people on the internet have taken to using them, too. I’m not implying those others imitated me, I’m just saying that it’s no longer as unique as it used to be.

And I could swear that a certain wide-eyed, fanatical chipmunk in Congress fancies herself to be America’s version of La Pasionaria from the Spanish Civil War era.

At any rate I still find that conflict – and the countless movies about it – fascinating. Orwell, Hemingway and Andre Malraux aside you’ve also got the American volunteers who fought in the Abraham Lincoln Brigade in Spain. Plus there’s the pop culture appeal, like with the way Rick Blaine in Casablanca served in the anti-Franco forces in the Spanish Civil War.

And on a more comical note, it was always fun to trip up America’s increasingly deranged left-wingers with Spanish Civil War references. Just because the American Volunteers were called the Abraham Lincoln Brigade, American leftists would often sneeringly accuse you of not knowing that “Abraham Lincoln was a President during OUR Civil War, fucktard, he wasn’t in Spain.”

It was fun to then cut the smirking fools off at the knees by pointing out how THEY are actually the ones who are uninformed, by revealing what the Abraham Lincoln Brigade really was.

More fun would come from saying I often sympathized with the Spanish Republicans, who were actually the left-wing side in the war. American leftists, full of snark but low on brains, would froth at the mouth and condemn that side as the right-wingers just because the word “Republican” was in their name.

Once again, it was a blast to slap them down by pointing out that the LEFT-WING side in the war was fighting for the Spanish Republic against Franco’s right-wingers, hence they were called the Spanish Republican forces. There’s nothing funnier than arguing with American leftists who assume they are “intellectuals” just because they’re left-wing, even though they don’t actually know anything about history except slavery and the Vietnam War.

At present it’s even more fun than it used to be to argue with the religious right.