FLORIDA DEMOCRAT TYCOON LEAVES THE PARTY; IF HE RUNS IT WILL BE AS AN INDEPENDENT 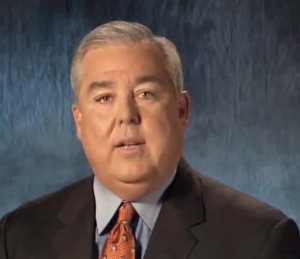 Here at Balladeer’s Blog I am still relishing the political realignment going on in America. We have a de facto Third Party President and public disgust over the corruption and outright crimes of the Democrats and Republicans is nearly boiling over. I’ve featured countless news items over the past 12 months detailing some of the history we’re living through.

Most recently, Florida saw John Morgan, the presumed winner of the Governor’s race – and up til now a Democrat – announce he is so fed up with the Democrats that he is not even going to run this time after all. (And he had been LEADING the polls even without being an official candidate yet)

This is an interesting time to be alive.

By the way, for those wondering, I’m neither a liberal nor a conservative, I’m a Populist. Want proof? CLICK HERE

8 responses to “FLORIDA DEMOCRAT TYCOON LEAVES THE PARTY; IF HE RUNS IT WILL BE AS AN INDEPENDENT”