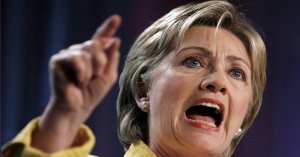 We Democrats started ONE Civil War already and we’ll happily start ANOTHER if you don’t do what we say!

Well, to be fair it’s a nightmare for Democrats, period, since they’ve thrived on pitting black people against white people. They even had to manufacture the ridiculously artificial BLM just to elevate hostility. White citizens and black citizens have more in common with each other than we will EVER have in common with the bought and paid for criminals of the Political Class.

As I’ve said before, I can’t believe Americans have let Democrats – the party of slavery, the Ku Klux Klan and Jim Crow – get away with acting like they are in any way fit to lecture the rest of us about racism. Yes, I know the usual gibberish Democrats spout about this topic is “That was long ago. We’re better people now.” Nonsense. If the Party of Slavery can say that then the nation as a whole can say it, too. 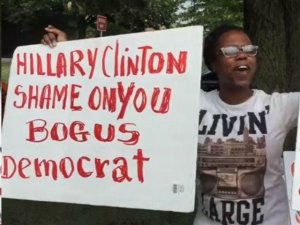 The white and black working class are stronger together, united against one percenters like Hillary.

Meanwhile the Wikileaks revelations have shown what a cesspool of corruption the Clinton Foundation (Hillary’s fake charity) and Hillary’s campaign have been. Even I’m shocked by the extent of it and I’m the one who’s always saying that American politicians are the lowest life-forms on the planet.

And of course with the country steeped in chaos and the world in a precarious spot, where is Obama? CAMPAIGNING FOR HILLARY! Insert my usual remark about that moronic attitude of “My political party, right or wrong!”