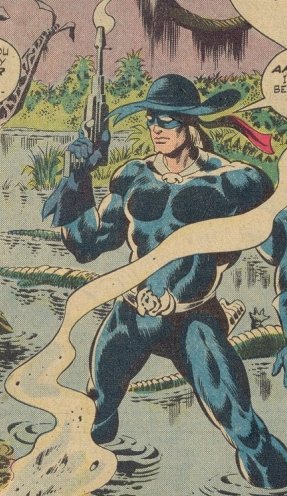 Foolkiller with his Purification Gun

Superheroes are everywhere these days! My script doctoring of Marvel’s mishandling of Foolkiller continues with Part 21. Wonder what all this is about? FOR PART ONE CLICK  HERE

Foolkiller (Greg Salinger) delivers some vigilante justice to a human trafficking ring and tangles with an obscure Marvel Comics superhero who foolishly tries to interfere with our antihero’s efforts.

We’re up to issue number four of the Foolkiller solo series.

The issue opens up at night with Foolkiller penetrating the mansion security of a Florida Senator who is one of the depraved big-shots that the Maggia have been supplying little boys and girls to in exchange for political influence. (One end of this underage prostitution pipeline was shut down by Foolkiller in the previous issue.)

Our protagonist surprises the Senator in his study. Foolkiller holds his Purification Gun on the elderly man and under threat of death forces him to call the press and confess to his sex acts with underaged victims supplied by organized crime. After getting the man to name the names of other participants in the ring and how to prove it he has the Senator hang up the phone.

Despite his claim to let the Senator live if he cooperated Foolkiller instead tells him he is going to kill him anyway and, at any rate, it would be a gentler fate than what he would face in public life or in prison, especially after betraying the Maggia. So saying, he blasts the man to dust with a white energy blast from his gun.

Panels show Foolkiller making his way out of the mansion, to his van to stash his costume and weapon and then playing guitar on stage at a Tallahassee night club. He and a few backup musicians are performing some of Greg’s macabre quasi-Goth/ quasi-Death Metal songs. All the while text has been presenting the back and forth conflict in our hero’s mind about his actions.

He rejects arguments that it was so wrong for him to lie to the Senator and then kill him anyway. He feels that what the Senator was doing to children was a far greater wrong. Especially when added to the political strings the Senator was pulling for the Maggia out of gratitude for satisfying his various hungers.

And, the final weight on the scale leaning toward killing the man is the fact that he really, undeniably WOULD have suffered much more if he remained alive. (All this would, of course, be part of maintaining the morally grey nature of all of Greg’s actions as Foolkiller.)

Partying after the performance our hero beds down with a woman from the club. The two exchange fairly dark remarks about the nature of life and death which, oddly, fueled their path to her bedroom. The next morning she and Greg catch news reports of the disappearance of the Senator Greg killed two mornings earlier and the explosive allegations against many of the man’s colleagues and other supposed “pillars of the community.”

The report goes on to mention multiple businesses in damage control mode, including a trucking company that has long been under suspicion for transporting drugs and hookers between states across the south. Inspired, Greg hurriedly leaves the woman, who angrily dismisses him as a shallow musician who sleeps around.

Changing into his Foolkiller outfit Greg starts his own investigation into the trucking firm. Unknown to him the silly Marvel superhero Razorback (Buford Hollis) also took an interest in the news reports and, as an independent trucker in his secret identity, decided to investigate the firm as well.

Inevitably the two costumed figures clash since Razorback is trying to simply subdue the Maggia thugs involved with the trucking firm and turn them over to the authorities while Foolkiller is intent on simply killing them. Razorback’s blatant redneck attitudes get on Greg’s nerves throughout the story, as does his “boy scout” way of condemning Foolkiller’s methods.

While defeating a variety of armed Maggia men at various locations of the trucking company Razorback often succeeds in preventing Foolkiller from killing some of them. The tension between the two boils over in the finale as they wind up battling each other atop an eighteen wheeler rolling along a multi-lane open highway.

The Maggia man driving this particular truck was injured by Greg in the early stages of the fight and eventually slumps forward onto the steering wheel, dead. This causes the truck that Foolkiller and Razorback are fighting on top of to swerve all over the road and ultimately crash.

In the aftermath of that crash Greg has survived but is very unsteady on his feet. The truck driver died, but Razorback also survived but, like Foolkiller, was unconscious for several minutes. As sirens sound in the distance Razorback says he is turning Foolkiller AND the criminal evidence contained in the truck over to the police.

Greg, more infuriated at Razorback than ever, is perfectly willing to use the “goody-two shoes” hero’s willingness to take him in alive to his own advantage and blasts Razorback to death with his Purification Gun.

As Foolkiller makes his way from the crash site by agilely grabbing onto a passing bus he justifies his actions by reflecting on how many criminals nabbed by Razorback in his superhero career probably went on to commit further crimes because Buford took them in alive.

However, the art and text would make it clear that Greg is not really buying his own rationalizations this time and that this killing will haunt him for a long time to come.

*** Since Razorback was always a ridiculous figure and since Marvel eventually depowered him anyway years later I figured he’d be a perfect victim for Foolkiller in this issue.

I’LL HAVE THE NEXT INSTALLMENT UP SOON.