Tag Archives: The Wizard Of Mars

THE EIGHT MOST NEGLECTED BAD MOVIES HERE AT BALLADEER’S BLOG

Some of the bad and weird movies I review here at Balladeer’s Blog get a huge amount of love. Films like Death Bed, Deafula, Assignment: Terror, Ghost Busting, Lewd Lizard and plenty of others don’t go a day without plenty of hits. Others for whatever reason struggle for attention. Here is a look at some of those flicks that deserve just as much of a cult following as the big names have.

ALABAMA’S GHOST (1973) – Who does this movie have to sleep with to get into my top ten articles per day on a regular basis? This flick boasts Nazi vampires from outer space, a female mad scientist named Dr Caligula, campy voice-over narration and an incoherent, cobbled-together ending prompted by the film’s production budget running out. And did I mention the END_OF_DOCUMENT_TOKEN_TO_BE_REPLACED

Tagged as Alabama's Ghost, Bad Movies, badfilm, Balladeer's Blog, Blood Harvest (1987), Curse Of A Teenage Nazi (1948), If Footmen Tire You What Will Horses Do?, The Confessional, The Wizard Of Mars, Velvet Smooth, VooDoo Black Exorcist 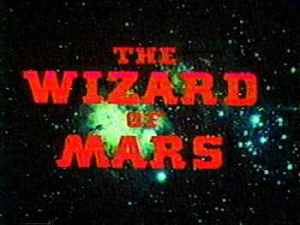 This 1965 film from David L Hewitt is my all-time favorite kitschy movie about space travel. This one has all the little extras that separate a true bad movie classic from the mere pretenders. One of those extras would be incredibly cheap special effects, some of them cadged right from the old Soviet sci-fi flick Planet of Storms, which is a lot of fun for people like me who’ve seen those same bits of footage show up in countless other bad movies. (Especially the spaceship’s “viewscreen” complete with markings for North, South, East and West, which would, of course, be meaningless in space)

I’ve added my review of the joyously weird sci-fi film The Wizard Of Mars to my Bad Movie Page. Here is the link: https://glitternight.com/bad-movies/