MEDAL OF HONOR WINNERS FOR THE 1871 KOREAN EXPEDITION

THE THREE-DAY MEMORIAL DAY WEEKEND IS HERE! As always Balladeer’s Blog marks the event with a few looks at neglected conflicts from America’s past. The servicemen who fought in those actions are just as deserving of being memorialized as those who fought in more familiar wars.

KOREAN EXPEDITION OF 1871 – A Diplomatic Mission was sent to Korea that year, with the time period’s usual military escort of war ships on such ventures. The U.S. expedition was snubbed on the diplomatic side and then Korean shore batteries opened fire upon the military escort. The Americans launched reprisal raids for a few days then departed, leaving U.S. – Korean relations somewhat cold for years afterward. Medal of Honor Winners: 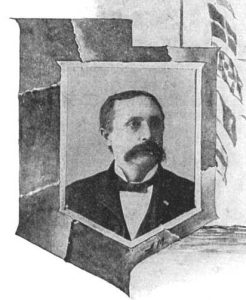 Citation: June 9th – 10th, 1871 – During the assault on the Han River Forts on Ganghwa Island, Lukes came to the assistance of injured Lieutenant Hugh McKee. The Landsman fought his way through heavy resistance to the fallen McKee’s location and refused to abandon his comrade.

Through swordplay, bayonet charges and hand-to-hand combat William received a severe sword cut to the head, a wound which would cause him to suffer convulsions for the rest of his life from the brain damage. When American reinforcements arrived they found the unconscious Lukes had suffered 18 bayonet wounds in the fighting.    END_OF_DOCUMENT_TOKEN_TO_BE_REPLACED