KILLRAVEN FOURTEEN: THE REBELS OF JANUARY AND BEYOND 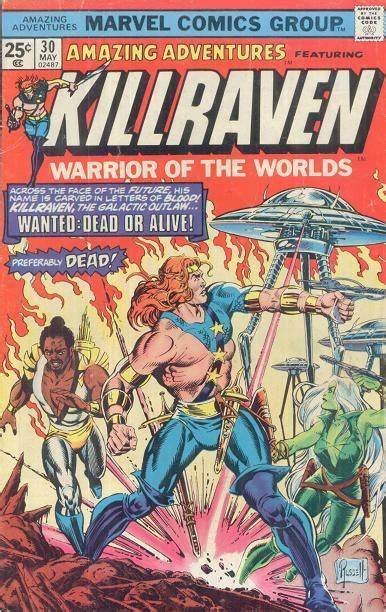 Title: The Rebels of January and Beyond

Synopsis: This is a story that provided a wealth of additional lore for the world inhabited by Killraven and his Freemen, especially regarding Killraven’s use of The Power, a pre-Star Wars version of The Force.

It is still April, 44 years in the future. The High Overlord (in my revisions Abraxas the High Overlord), executive leader of Earth’s alien conquerors, walks the streets of occupied Washington D.C.

He is clad as always in his full-body suit of biochemical armor, complete with a Japanese feudal helmet like the kind Darth Vader would later wear. (This was published 2 years before Star Wars came out) The High Overlord’s armor, however, is steel-grey, not black like Vader’s. The sight of one of Killraven’s WANTED posters as he walks along annoys him more than it usually might.  END_OF_DOCUMENT_TOKEN_TO_BE_REPLACED