THE FRENCH FOREIGN LEGION IN THE SECOND MADAGASCAR CONFLICT

Previously Balladeer’s Blog has examined Garrison Tales From Tonquin (Tonkin), the 1895 collection of short stories by James O’Neill, an American who served in the French Foreign Legion in Algeria and Vietnam during the 1880s and 1890s. I’ve also covered the Legion at Camerone and during the Great Syrian Revolt of the 1920s.

SECOND MADAGASCAR AFFAIR – This time around I’ll take a look at the French Foreign Legion during the 2nd Madagascar Conflict/ Expedition. The fighting went on from December 11th of 1894 to September 30th of 1895. This entire affair was so mishandled by French politicians in Reunion, by the War Minister and by General Jacques Duchesne that they basically killed thousands more of their own troops than were killed by the opposing forces.

TAKING IT FROM THE TOP – Typically for my French Foreign Legion posts, I’m not on their side in the war that the French government sent them to fight. It was the usual colonial nonsense, in this case exploiting unrest in the targeted country to use as an excuse for intervening and making Madagascar a French Protectorate. Regular readers know I don’t write sentiments like that to please politically correct fools, it’s just how I sincerely feel. If I felt any other way I wouldn’t hesitate to say so. 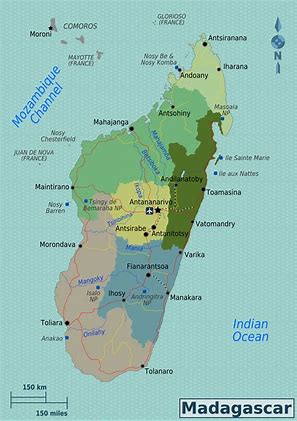 DECEMBER 1894 – On December 11th France declared war on Madagascar after its rulers refused to willingly become a French Protectorate. Though the French Army would be running this military campaign, the French Navy and their Marines kicked off the action by bombarding and then seizing Toamasina/ Tamatave on the eastern coast of Madagascar.

Though that location would have been ideal for a fairly quick march on the capital city of Tananarive/ Antananarivo, the French Army had beat out the French Navy for control of this war by UNDERCUTTING THEIR BID. (!) To stay within the lower costs the War Ministry had allocated, the army’s General Duchesne instead insisted on starting their campaign at Majunga/ Mahajanga on the northwestern coast of Madagascar, nearly doubling the amount of territory to be fought through.

JANUARY 1895 – In a relative feeling of “Team Spirit” the French Navy cooperated by now taking the area designated by the army for their landing site. On January 15th Majunga/ Mahajanga was bombarded and seized, fortress and all. Soon, however, the cosmic unsuitability of this location became apparent. END_OF_DOCUMENT_TOKEN_TO_BE_REPLACED

WITH THE FRENCH FOREIGN LEGION IN SYRIA (1928) 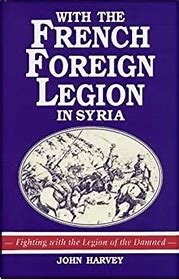 WITH THE FRENCH FOREIGN LEGION IN SYRIA (1928) – Written by a British former member of the French Foreign Legion using the alias John Harvey. Previously, Balladeer’s Blog examined the excellent 1895 short story collection titled Garrison Tales From Tonquin (Tonkin), a fascinatingly ahead of its time look at the French Foreign Legion in Vietnam during and after the Sino-French War. American James O’Neill wrote those powerful stories based on his own experiences in the Legion during the 1880s and 1890s.

This John Harvey work is nowhere near as literary as O’Neill’s forgotten writing. Harvey was a deserter who presents a fairly self-serving account of his time in the French Foreign Legion, largely depicting himself as a victim fooled into enlisting based on false promises by the recruiter. He doesn’t deal with larger issues the way O’Neill did. 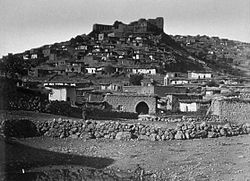 John Harvey’s With The French Foreign Legion In Syria instead wallows in the tawdry and brutal side of the Legion. Instead of James O’Neill’s poetic, astonishingly prescient tales, this volume presents an ugly and sensationalistic take on the FFL. It would have stood in stark contrast to stories romanticizing the Legion as written by P.C. Wren and others. No movies of the time would have touched these violent, vulgar Peckinpah-style antics. Get ready for a look at some Legionnaires who would make The Wild Bunch look genteel.

Harvey provided a very readable, albeit bleak, account of the FFL’s First Cavalry Regiment, or 1er REC. That cavalry unit was headquartered at Sousse in Tunisia, rather than in Algeria, like most other French Foreign Legion units in North Africa. That provides an element of novelty for readers of Legion history, as does the Syrian setting during the Revolt of 1925-1927. END_OF_DOCUMENT_TOKEN_TO_BE_REPLACED 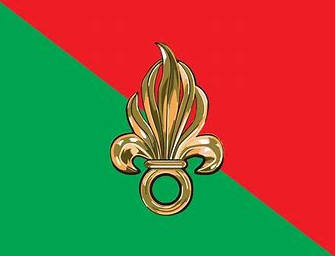 CAMERONE DAY – A month ago Balladeer’s Blog examined the 1895 collection of short stories Garrison Tales From Tonquin (Tonkin), written by American James O’Neill. The tales were fictionalized accounts of his experiences in the French Foreign Legion in the 1880s and 1890s in Algeria and Vietnam. O’Neill’s insights into the French occupation of Vietnam during and after the Sino-French War were astonishingly ahead of their time.

Today’s blog post is nowhere near as profound or steeped in existentialism as Garrison Tales From Tonquin, but I couldn’t help but reflect on it since the yearly anniversary of the Battle of Camerone in Mexico has been THE major event on the French Foreign Legion’s calendar since 1863. It is often viewed as the battle that helped cement the Legion in the imaginations of people around the world in the 19th Century, and no doubt its legend was well known to James O’Neill by the time he enlisted in the fighting outfit in the 1880s. 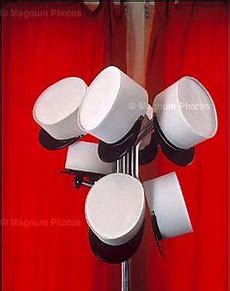 THE BATTLE OF CAMERONE (Camaron in Spanish) – Getting back to the topic of this blog post, it’s sort of the French Foreign Legion’s central Alamo event. And I say central because many of the most famous battles of the Legion are like a long series of Alamos. Camerone set the standard, though. As usual, the Legion’s cause was not a virtuous one by our standards. The execrable Napoleon the Third was using the FFL and other French forces to try to prop up his Austrian ally Maximilian, the so-called “Emperor of Mexico.”

The Mexicans wanted the foreign-imposed emperor out and ultimately prevailed in 1867, but on April 30th, 1863 a mere 65 members of the French Foreign Legion held off what ultimately grew to a force of THREE THOUSAND, THREE HUNDRED (3,300) Mexican soldiers. END_OF_DOCUMENT_TOKEN_TO_BE_REPLACED

GARRISON TALES FROM TONQUIN (1895): DECADES AHEAD OF ITS TIME 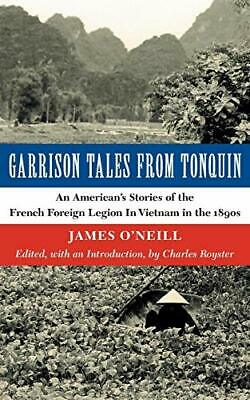 GARRISON TALES FROM TONQUIN (Tonkin): AN AMERICAN’S STORIES OF THE FRENCH FOREIGN LEGION IN VIETNAM IN THE 1890s (1895) – Written by James O’Neill. Seven years ago here at Balladeer’s Blog I examined Washington Irving’s 1809 work The Men of the Moon. I wrote about it because of the way it used an extraterrestrial invasion of the Earth as an allegory for colonialism several decades before H.G. Wells would do so in War of the Worlds. Also because it was written at a time when it was not yet fashionable to be thinking along such lines. In 1809 those sentiments were daring, not de rigueur like they would be today. 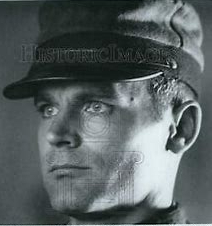 In a similar spirit, I am now examining Garrison Tales From Tonquin, published in 1895 and written by American James O’Neill, who had served in the French Foreign Legion during the 1880s and early 1890s. Just as Washington Irving was ahead of his time with his sentiments in The Men of the Moon, James O’Neill was ahead of his time in regard to his observations on the French occupation of Vietnam during and after the Sino-French War. Readers in 1895 who were expecting Kipling would have found O’Neill to be virtually his polar opposite.

I found it staggering to read 1890s accounts written by an American fighting man in Vietnam reflecting on the ugliness and ultimate futility of the military situation. So much of O’Neill’s fictionalized accounts of his real-life experiences in Vietnam read like something from an author in the late 1960s or later using such a tableau as an allegory for America’s involvement in Indochina.

Though O’Neill’s writing makes it clear that he is expressing anti-colonialist sentiments, the stories are thankfully free of sanctimonious moralizing. The first-person narrative from his central figure in some ways anticipates hard-boiled detectives and Film Noir. The narrator has found himself in a situation filled with violence, moral ambiguity and constant danger. He no longer has any romantic notions about his own role, he’s just trying to survive.

(To underline that remark about just trying to survive let me point out that O’Neill arrived in Vietnam with just over 300 fellow Legionnaires in his unit. Only 27 of them would return.)

Sadly, James O’Neill was a victim of cosmically bad timing. When this book came out in 1895 it only sold 104 copies. If it had instead been published in 1898 or 1899, amid the Spanish-American War and the heated domestic debates about whether or not the U.S. should establish dominion over the former Spanish colony of the Philippines, it might have been a latter-day Uncle Tom’s Cabin. It may have even tipped the scales AGAINST annexing the Philippines, so close was the political outcome. There was so much public sentiment against “imperialism” that the Senate vote wound up tied, with Vice President Hobart having to cast the deciding vote in favor of acquiring the Philippines. END_OF_DOCUMENT_TOKEN_TO_BE_REPLACED

AMERICAN MEMBERS OF THE FRENCH FOREIGN LEGION IN WORLD WAR ONE 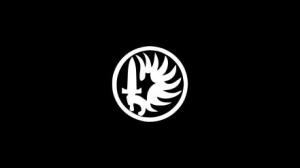 Nearly 200 American men served in the French Foreign Legion during World War One. Some were expatriates already living in Europe while others joined up to fight the Germans, Austro-Hungarians and Ottoman Muslim Turks. They had to join the French Foreign Legion because – though the war started in August of 1914 – the United States did not enter the conflict until April of 1917.

Most of the attention goes to flying squadrons like the legendary Lafayette Escadrille and the American pilots who served in Britain’s Royal Air Force during World War One. Balladeer’s Blog will instead feature Americans who don’t get the same degree of exposure.

FRED ZINN – Called “the Battler from Battle Creek” this man was visiting France in August of 1914 when the war broke out. He enlisted in the French Foreign Legion and by October was stationed at the Western Front. Zinn was wounded twice in action by February 1st, 1916, and ended that second convalescence period by transferring to the Aeronautique Militaire unit. END_OF_DOCUMENT_TOKEN_TO_BE_REPLACED