The NAIA’s Kentucky Intercollegiate Athletic Conference at last finalized their new conference name and logo. The KIAC has long included colleges and universities from Indiana, Ohio, Pennsylvania and West Virginia as well as Kentucky, so in a way this move was long overdue. However, it is a nice way of celebrating the league’s 100th anniversary this year.

The River States Conference will be the KIAC’s official new name beginning in July. The 2016-2017 sports season will see the debut of the new moniker.

Comment: Many people don’t realize some Canadian schools play various college sports in America’s lower divisions. I don’t know anybody who doesn’t like pandas unless they were traumatized by the long national nightmare we had trying to get the National Zoo’s panda bears to mate. END_OF_DOCUMENT_TOKEN_TO_BE_REPLACED

NUMBER SEVEN TAKES A FALL – The SPALDING UNIVERSITY GOLDEN EAGLES hosted the 7th ranked IOWA WESLEYAN UNIVERSITY TIGERS yesterday. The Golden Eagles had built up a nice 40-28 lead by Halftime and then went on to win the game in a 78-56 stunner. Brandon Goeing led Spalding University with 26 points.

CENTURY CLUB – Teams scoring 100 or more points in Regulation: The MIAMI (OH) AT HAMILTON HARRIERS notched a 100-78 road rout over the SOUTHERN STATE PATRIOTS    ***    The SOUTHERN MAINE SEAWOLVES topped their hosts the UNIVERSITY OF MAINE AT MACHIAS CLIPPERS 102-92    ###    And the HUSTON-TILLOTSON UNIVERSITY RAMS obliterated the PAUL QUINN COLLEGE TIGERS to the tune of 123-62.   END_OF_DOCUMENT_TOKEN_TO_BE_REPLACED

Comment: This institution was founded in 1859 so it has both longevity AND a very distinctive sports nickname going for it.   END_OF_DOCUMENT_TOKEN_TO_BE_REPLACED

The preseason poll has selected the HUTCHINSON COLLEGE BLUE DRAGONS to repeat as Jayhawk Conference champions in 2015. Last year saw the Blue Dragons have the best season in team history and they fell just one game short of playing for the National Championship. Their lone loss of the season came against Iowa Western College, which wound up losing in the national title game.

Hutchinson College, meanwhile, won their first unshared Jayhawk Conference crown since 1996, won their 6th straight Salt City Bowl and are trying to repeat as conference champs for the first time since their Threepeat of 1948-1950.

Here’s how the preseason poll placed all eight teams in the Jayhawk Conference: 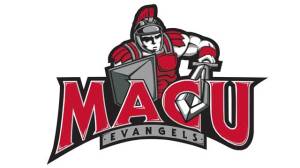 The most wonderful time of the year for college hoops fans will soon be upon us once again! How does your team stack up against the competition? Which teams should you seriously consider for your bracket and which ones are overvalued products of hype?

Find out who are the biggest droppers and climbers with this NCAAB rankings and get ready to make sound, well-informed decisions on which teams can navigate their bracket to the Final Four.