JOE BIDEN: IS HE VERMIN OR A LARGE CLUMP OF BACTERIA SCULPTED INTO HUMAN FORM?

Independent Voter site Balladeer’s Blog takes another look at the perennial question – Is career criminal, accused rapist, proven racist and illegitimate politician Joe Biden vermin or is he instead a large clump of bacteria sculpted into human form?

As those Martin Luther King People of Courage the Hodge Twins have observed “We have lost so much faith in the Democrat Party. These people are a bunch of liars!”

POLL: EIGHTY-SEVEN PERCENT SAY THEY ARE PAYING SO MUCH MORE FOR FOOD UNDER BIDEN’S DISASTROUS ECONOMIC POLICIES THAT THEY HAVE HAD TO CHANGE THEIR APPROACH. Career criminal Joe Biden and his fellow one percenters are fine, though.

CROOKED JOE BIDEN AND HIS REGIME JOIN OBEDIENT PUBLICITY FLACKS TO LAUGH AT THE SUFFERING THEY’VE INFLICTED ON THE POOR AND THE WORKING CLASS. More HERE. Once again quoting the Hodge Twins “I guess it’s ok to laugh about record high inflation and record high prices that are destroying people’s lives? They hate us, and they don’t care.”

RABBI MICHAEL BARCLAY DRAWS THE PARALLELS BETWEEN THE BIDEN REGIME’S RISE AND OTHER EXAMPLES OF FASCISM. The Regime’s new “disinformation” board led by Nutty Nina is another example.

UNDER BIDEN, FOOD SHORTAGES ARE AT THEIR WORST EVER. Democrats hate the poor and the working class. 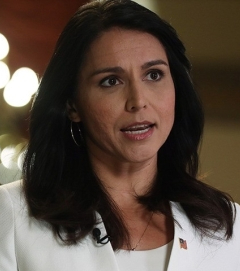 DEMOCRAT TULSI GABBARD COURAGEOUSLY DENOUNCES BIDEN’S GOVERNMENT CENSORSHIP AGENCY BY CALLING IT WHAT IT REALLY IS.

An excerpt – ““This isn’t something new. This is something that they have already been doing, that’s happening right now. The only difference is they’re formalizing it. Making it official, which if there’s a silver lining in this, it is they’re revealing exactly who they are and why they’re doing it, what they’re trying to accomplish, and it allows us, the American people, to stand up and say, ‘Hey, you know what? We’re not going to let you get away with this crap. We will take a stand, we will reject it, and we will throw out of office those who are continuing to push and propagate this undemocratic anti-free speech mission.’”

BIDEN’S WAR ON THE WORKING CLASS CONTINUES AS REAL HOUSEHOLD INCOME DROPS BY 10.9%.

FACT-O-RAMA!Stalin, Hitler,and Biden have all had “ministries of truth.” Trump did not. CLICK HERE.

ANOTHER DEMOCRAT POLITICAL CASE AGAINST TRUMP FALLS APART. Disregard everything the Democrats and their media outlets ever told you about Trump.

THE DEMOCRATS AT DCist CALL BLACK MOTHERS “BLACK BIRTHING PEOPLE” BECAUSE “THE PARTY” IS STILL TRYING TO PRETEND MEN CAN ALSO HAVE PERIODS AND GET PREGNANT, ETC. Democrats still bound to their Trans obsession. 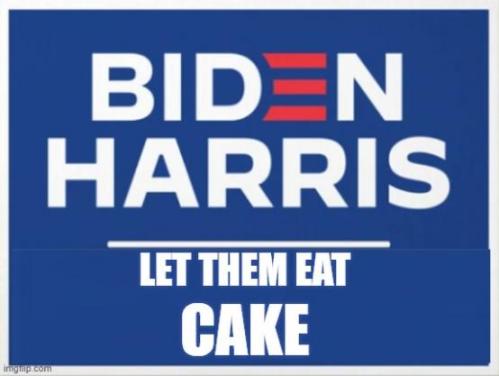 24 responses to “JOE BIDEN: IS HE VERMIN OR A LARGE CLUMP OF BACTERIA SCULPTED INTO HUMAN FORM?”