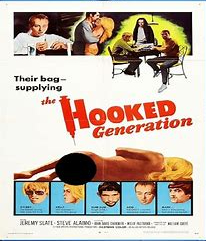 THE HOOKED GENERATION (1968) – Directed and co-written by the one and only William Grefe. William is known to me and my fellow fans of bad movies for Florida-filmed cult turkeys like Sting of Death, Death Curse of Tartu, The Wild Rebels and Impulse, with William Shatner.

The Hooked Generation is horribly mistitled. That title makes it sound like one of the many over-the-top, heavy handed anti-drug movies of the past. Instead, the film is really about a sleazy, violent gang of small-time drug dealers who bite off more than they can chew when they try to move up in the crime world.

For a glib description, think of it as a “gangsters headed for a bad end” flick like Humphrey Bogart, James Cagney and Edward G Robinson used to appear in, but with a low-rent cast that is more like the type of overdone hippie/ counter-culture felons you’d see on 60s and 70s episodes of Hawaii Five-O. There’s plenty of violence, drug use and lurid appeal, though.

The small-timers whose abilities don’t match their ambitions use their boat to make a clandestine pickup from their Cuban connections out at sea. Those connections are sailors from Castro’s navy who make side money dealing drugs in between the coasts of Florida and Cuba.

Our cadre of main bad guys were hoping on using this shipment to go into business for themselves instead of just serving as couriers to higher-level dealers in Florida. When their Cuban suppliers spontaneously jack up the price higher than the Yankee sleazoids can afford, things escalate to a shootout.

One of the Yanks is killed as are ALL of the Cuban drug dealers. Our main criminals take all the latter’s drugs, burn their boat and head back to Florida, dodging the Coast Guard all the way. Before I go any further let’s take a look at our cast:

JOHN DAVIS CHANDLER, the man often mistaken for a young Frank Gorshin, plays Acid, the heaviest drug user of the criminal gang. Part of the bad movie fun of The Hooked Generation is how often Acid screws up things for his gang, yet for some reason they keep the useless junkie around.

I’m serious. He brings absolutely nothing to the table. He’s always too strung out to ever be any good in a shootout, is so obnoxiously drug-addled that he blows the gang’s cover every time they’re trying to be surreptitious, and commits rapes and murders all along the way. Acid is even the reason that the encounter with the Cubans escalated to violence.

And in exchange he … does what, exactly? If Grefe had made Acid the gang’s “chemist” who makes their watered-down mixtures of the drugs they pass along to their customers THAT would at least be a reason to keep him around. Instead, he’s all liabilities and no advantages. Genuinely professional crooks would have killed him right after the bloodbath with the Cubans and dumped his body to the sharks. 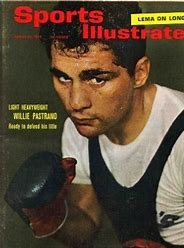 His character here is basically just a slightly smarter, less trigger-happy version of Banjo from that film. Pastrano also appeared in William Grefe’s The Naked Zoo. Willie was talked into trying out acting by four-time Grefe star Steve Alaimo. (More on him below.) 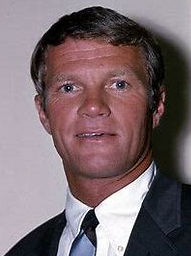 JEREMY SLATE, the biggest name star in this movie, played the gang leader Daisey. Yes, Daisey. He’s sleazy and ruthless, but for some bizarre reason not ruthless (or smart) enough to just cut loose the dead weight gang member Acid. Not even after Acid blows a cool bluff that Daisey was running on the Coast Guard crew who board their drug hauling vessel. Thanks once again to the junkie, a shootout occurs and the gangsters make themselves untouchable to most criminals by gunning down the entire Coast Guard crew.

Slate is one of those actors who seamlessly moved back and forth between low-budget exploitation films like this to big screen money makers like True Grit, I’ll Take Sweden and a few Elvis Presley movies. He was even in Lawnmower Man and The Dead Pit.

STEVE ALAIMO, “Blue eyed Soul” himself, co-starred as Mark, the main good guy of The Hooked Generation. He and his girlfriend happen to witness Daisey and his gang slaughtering the Coast Guard crew, then are seized and used as hostages for the rest of the movie. Alaimo plays a discount Leslie Howard from The Petrified Forest only more passive.

Alaimo is beloved by Cult Film Fans as Rod Tillman in The Wild Rebels, but he was also in The Naked Zoo and Stanley, all for William Grefe. As a singer and musician Steve charted nine times in the 1960s but fell short of the Top Forty each time.

CECE STONE, who only ever appeared in THIS movie, plays Kelly, Mark’s girlfriend. Since this is a tasteless exploitationer from the 1960s it should go without saying that she gets raped by all the gang members, starting with Acid, of course. The bound Mark is helpless to interfere.

WALTER R PHILBIN, the detective running Steve Alaimo’s undercover venture in The Wild Rebels, appears in The Hooked Generation as Lieutenant Dern, the main cop on the trail of our headline criminals.

MILTON “BUTTERBALL” SMITH, Florida radio star, plays Book Everett, the black crime chief who refuses to help our main characters because of all the heat on them for the slaughter of the Coast Guard crew. He even drops a dime on them after they leave his office, to avoid risking the great setup he has going for him.

The film plays out to its inevitable conclusion, with the gang and their hostages hitting ever seedier hideouts before taking shelter with an actual Seminole tribe in the area. Acid gets the gang in trouble with the Seminoles after he rapes and kills a female member of the tribe.

How does gang leader Daisey (Daisey?) deal with this latest transgression by the junkie? He sends him to buy groceries for the gang since the plan now is to hide out in the swamps for months until the heat is off. Yep, Acid is just the calm, level-headed hombre to send on such an undertaking.

Needless to say he gets caught (and thankfully killed) and the authorities then close in on Daisey, Dum Dum and their hostages.

(Look, at least add a throwaway line of dialogue stating that Acid saved Daisey’s life in Vietnam or something. He brings nothing but trouble to his fellow gangsters, who, quite frankly, may not have killed anyone if not for Acid always blowing things for them.)

We get a deep swamp shootout at the film’s climax. SPOILERS: Daisey and Dum Dum get killed, Kelly survives the ordeal but Mark’s fate is unclear – he either died after killing Daisey or he was just seriously injured as he fell to the ground.

The Hooked Generation is a prime example of the kinds of gritty, sleazy movies that Quentin Tarantino imitates and wraps up in more professional production values. That’s not an insult, just an observation.