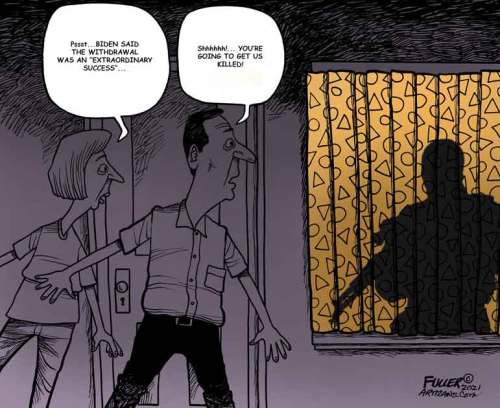 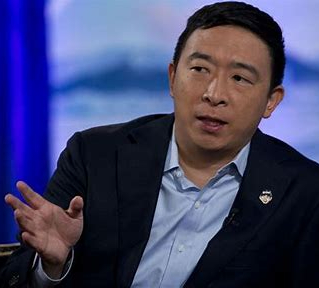 ANDREW YANG LEAVES THE DEMOCRAT PARTY TO FORM A THIRD PARTY. Yang is the latest of us former Democrats to #WALKAWAY from that increasingly intolerant and fascistic political party. Alternatives to America’s rival gangs of white-collar criminals called the Democrat and Republican Parties are desperately needed.

PRIVILEGED WHITE ONE PERCENTER JOE BIDEN IS A WAR CRIMINAL NOW. And that’s on top of being a career white-collar criminal, the product of a slave-owning family, the most crooked figurehead this side of Warren G Harding and an accused rapist. Hey, Joe, how did you get to be worth about 150 million dollars on a Senator’s pay for all those years? Certainly by no honest means.

CROWDS AT SPORTING EVENTS AND AT SPORTSBARS CONTINUE CHANTING ANTI-BIDEN SLOGANS FOR YET ANOTHER WEEK IN A ROW. More HERE. Joe Biden, like George W Bush, is utter filth. And Biden keeps getting hit with insults from crowds wherever he goes, deservedly so.

BY THE WAY, BIDEN STILL HAS MORE KIDS IN CAGES THAN EITHER OBAMA OR TRUMP EVER DID. But as we all know, Democrats never cared about those kids. They just used them as a political stick.

EMERGENCY RESPONDERS HONORED ON SEPTEMBER 11th. Meanwhile, political figures like Biden and Bush tried to make political capital from the memorial ceremonies, polluting them with their presence. George W Bush used the 9-11 attacks and their aftermath to lie the U.S. into war. That piece of garbage should never go near the 9-11 memorials.