BIDEN: THE WORLD WAS WARNED

Now, see Clarissa Ward a day later, covered up per Taliban orders and with no makeup per those same orders. This is real life, not the fantasies of pampered, privileged white Democrats. The pathetic Joe Biden supporters who love to do Handmaid’s Tale cosplay at political demonstrations to pretend America is moments away from becoming a Christian theocracy are even more laughable now.

Back on topic. The rest of the world is getting a little taste of the suffering that corrupt, senile Joe Biden has been inflicting on the working class and the poor here in the United States. THE EVIDENCE OF BIDEN’S UNFITNESS FOR OFFICE WAS PLENTIFUL ALL DURING HIS NON-CAMPAIGN LAST YEAR. His pathetically few public appearances showed how clueless, irritable, impatient and confused he was. Those public debacles were then followed by Biden hiding from the public for days. The pattern repeated itself over and over again. WHY DID ANYONE THINK HIS TIME IN OFFICE WOULD BE DIFFERENT?

The default position of shallow, uninformed people around the world for years now has been to blame our previous president for anything they didn’t like about the world, so naturally some people are trying to blame him for Biden’s Afghanistan debacle. HOWEVER, countless Democrats and Democrat media outlets have made it clear that this mess is Biden’s alone.

Trump’s agreement imposed a number of conditions on the Taliban – including them allowing the departure of all U.S. personnel and Afghani nationals who felt in danger if they stayed behind BEFORE we left. That agreement also hinged on the Taliban not interfering with the evacuation of U.S. military equipment. Joe Biden could have slowed down the withdrawal any time as BIDEN’S OWN ADVISORS KEPT TELLING HIM TO. OVER AND OVER AGAIN.

If the Taliban had played games with Trump the way they have with Joe Biden, then Trump would have halted the withdrawal because they violated certain conditions. And, as we all know, European “leaders” (LMAO) and Democrats would have been condemning him as a madman and a warmonger for doing so. And no doubt would have called Trump “worse than the Taliban.”

BIDEN IGNORED ALL WARNINGS AND PROCEEDED AND WE SEE THE RESULT. His continuous game of hide and seek since then is a disgrace even I didn’t think he would sink to. But hey, pretentious Europols called Biden “one of the club” and claimed he didn’t make them feel uncomfortable like Trump did. Yeah, a vacuous idiot who makes no waves is MUCH better, right, Europols? I hope your “comfort” was worth not hearing certain harsh realities that you love to ignore.

EVEN THE DEMOCRATS AT CNN ARE SAYING “IF THIS ISN’T FAILURE, WHAT DOES FAILURE LOOK LIKE?” . BUT ABC EDITED OUT PART OF BIDEN’S ON-AIR APPEARANCE TO AVOID SHOWING HOW DEMENTED HE IS.

AND BIDEN REFUSES TO SEND HELP FOR THE STRANDED AMERICANS THE WAY THE BRITISH ARE SENDING TROOPS TO RESCUE THEIR PEOPLE. Yes, the United States, hindered as it is by a clearly incompetent and criminally compromised pretender, isn’t doing the same.

JOE BIDEN HAD HIS STATE DEPARTMENT CANCEL A TRUMP PROGRAM TO HELP AMERICANS OUT OF TROUBLE SPOTS IN AFGHANISTAN. AND HE CANCELED IT JUST A FEW MONTHS AGO. No hint of reality was allowed to intrude upon Joe Biden’s delusions. And I’m sure the pompous snobs of his regime were gleeful about canceling a program started by that “meddling outsider” Donald Trump.

CANADIAN MEDIA OUTLET CORRECTLY POINTS OUT THAT JOE BIDEN’S INCOMPETENCE IS THE WORLD’S TOP CRISIS. As could have been seen by anyone in touch with reality last year.

BIDEN REGIME IS CHARGING AMERICAN CITIZENS $2,000 EACH FOR FLYING THEM OUT OF AFGHANISTAN. No word yet if some of that money gets sent up to “the big guy”. And remember, Biden’s regime is FLYING DEPORTED ILLEGAL IMMIGRANTS BACK TO THE U.S. FOR FREE.

BIDEN LIED AGAIN TODAY, CLAIMING NO ONE WAS BEING KILLED IN AFGHANISTAN. PREVIOUSLY, BIDEN CALLOUSLY DISMISSED THE DEATHS OF PEOPLE FALLING FROM DEPARTING AIRCRAFT BY SAYING “THAT WAS FOUR OR FIVE DAYS AGO!” (It was only two days earlier, so Joe can’t even keep track of time.) But the media would run up their absurd and inaccurate Trump “lie” count if he simply used the word “bomb” when they felt he should have said “explosive device” instead.

BIDEN SLITHERS BACK INTO HIS BUNKER, JUST LIKE HE HID DURING HIS NON-CAMPAIGN LAST YEAR. MORE HERE.

THE DISASTROUS BIDEN REGIME STILL CAN’T EVEN TELL US HOW MANY AMERICANS ARE STILL TRAPPED IN AFGHANISTAN.

DAVE SCOTT POINTS OUT THAT JOE BIDEN IS THE FIRST WHITE HOUSE OCCUPANT TO SURRENDER. 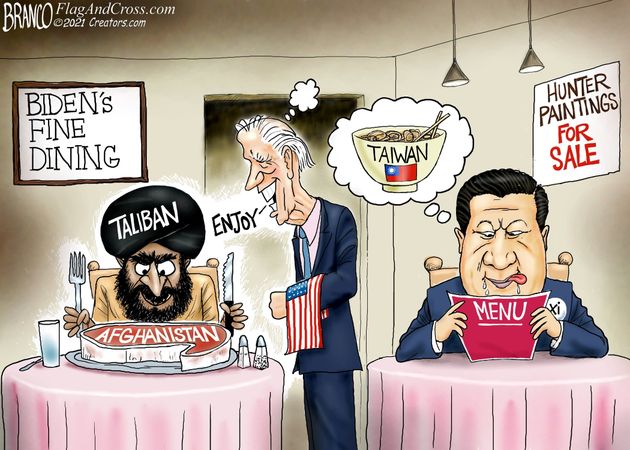 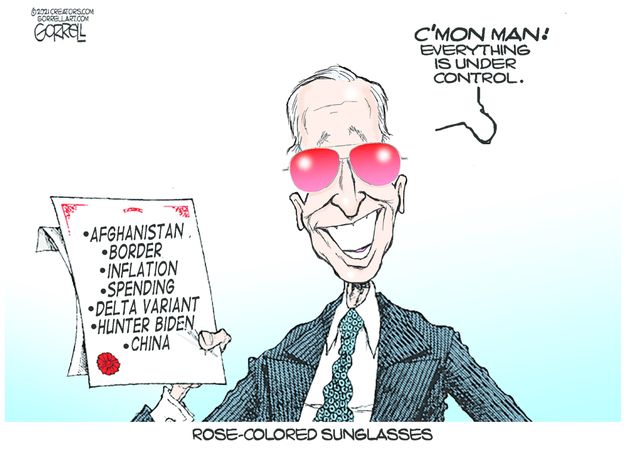 23 responses to “BIDEN: THE WORLD WAS WARNED”