Brandon Tatum, a Martin Luther King Person of Courage, heroically corrected the many false statements made by a BBC newsreader regarding policing in the U.S. As usual, the self-appointed “white savior” media buffoon did not know how to handle a strong man of color who pushed back against the astonishingly incorrect assumptions that are made by so many people overseas and here at home. The 4 minute and 40 second video is below. 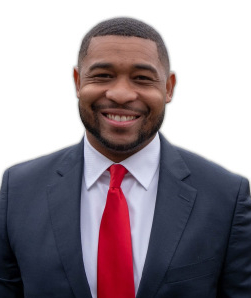 I can certainly understand Tatum’s surprise at how uninformed the newsreader is. I’m often amazed myself at the way people who don’t live here presume to know more than we do about political and social situations in the country where we live. I sometimes remind overseas people who condescendingly spout wrong information like this that they do not get an accurate view from the brief, isolated sniglets of “news” (LMAO) that they see. It’s why you never see me telling people in other countries how they should feel about events in their home nations.

I don’t live there and therefore I’m not immersed in the actual situation on the ground like they are, and I realize that the bite-sized morsels of information offered up by the world’s notoriously shallow and divisive media outlets are not providing a full, in-depth view. To keep it light-hearted, it would be like offering an opinion on the elaborate plotlines of Game of Thrones based purely on commercials you’ve seen about the show.

The ongoing distortions about policing here in the U.S. and the hatred toward police officers pushed by shrill media outlets have endangered people who risk their lives on a daily basis in a way that none of their self-righteous critics would ever do. And it’s thoroughly repulsive to see Joe Biden, WHO DELIVERED THE EULOGY AT KKK LEADERSHIP MEMBER ROBERT BYRD’S FUNERAL, lecturing others about racial issues.

FOR AN ARTICLE ABOUT HOW THERE ARE VERY OFTEN MORE PEOPLE OF COLOR IN THE POLICE THAN THERE ARE AMONG THE ANTI-POLICE PROTESTORS CLICK HERE .

FOR ANOTHER ITEM ABOUT BRANDON TATUM’S COURAGEOUS ATTEMPTS AT HEALING DIVISIONS CLICK HERE.