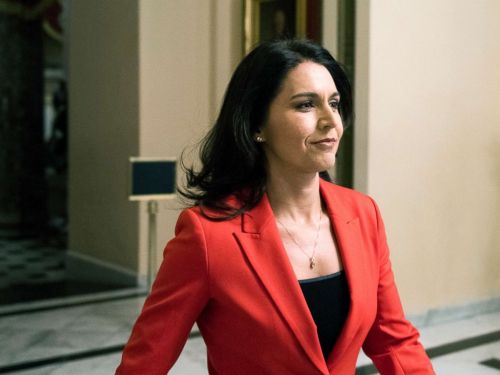 Independent Voter site Balladeer’s Blog is still impressed with nominal Democrat Tulsi Gabbard. She may have joined in the general overreaction to the Capitol protests but she is calling out people like Democrat Adam Schiff, the privileged white Big Tech rich pigs and former CIA Director John Brennan.

Brennan, if you’ll recall, resigned amid a scandal over his agency spying on members of Congress. On top of that he headed the CIA, the dirty organization often slammed as the “reason why they hate us” when referring to any overseas hostility toward America. There are probably drug dealers who could look down their noses at people like John Brennan.

One of the reasons I used to be a Democrat was because of the Democrats’ outspoken criticism of the CIA and its activities. In recent years the Democrats have sold out and seem to have decided that the CIA’s dirty tricks are okay as long as they help the Democrat Party.

At any rate, excerpts of Gabbard’s stirring remarks (link below) included:

“I call upon you [and] all of Congress from both parties to denounce efforts by Brennan [and] others to take away our civil liberties endowed to us by our Creator [and] guaranteed in our Constitution,” Gabbard urged.

“But let’s be clear, the John Brennans, Adam Schiffs and the oligarchs in Big Tech who are trying to undermine our constitutionally protected rights and turn our country into a police state with KGB-style surveillance are also domestic enemies,” she continued.

Gabbard alleged that they are also “much more powerful, and therefore dangerous, than the mob that stormed the Capitol.”

“If you don’t stand up to them now, then our country will be in great peril.” was also stated by Congresswoman Gabbard at one point.

So, to underline the utter uselessness of the Republican Party, it took a Democrat to denounce Brennan, Schiff and Big Tech fascists with passionate language, despite their efforts to virtually criminalize support for certain Republican candidates. And to turn Republican voters into public enemies.

Republican voters deserve better. Republican elected officials, on the other hand, are spineless, bought and paid-for whores for failing to care about their own constituents.

Schiff remains very loud about the ridiculous and unconstitutional persecution of Donald Trump, who still poses a danger to the two corrupt political parties called Democrats and Republicans. That danger would come in the form of possibly forming a Third Party or being an unofficial power player whose endorsement of candidates in primaries would carry a lot of impact.

FOR THE FULL ARTICLE ABOUT TULSI GABBARD’S COMMENTS CLICK HERE.