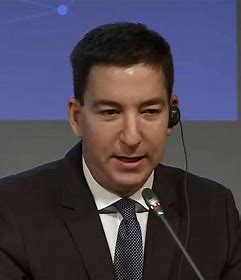 Glenn Greenwald, one of the few remaining fair-minded Democrat voices in the media, resigned from The Intercept, the outlet he co-founded, because he has grown so disgusted with Democrat attempts to censor the explosive revelations about Joe Biden’s involvement in his son Hunter’s international scandals. (A witness and emails have indicated the grifted money is shared among the Bidens, with Joe as “the Big Man/ Big Guy” who gets some of the cut sent up to him like with Mafia “tribute” to their upper echelon.)

Greenwald resigned when The Intercept insisted on censoring all references to Democrat presidential candidate Joe Biden in an article regarding Joe Biden’s involvement in his son Hunter’s unfolding scandals regarding influence peddling and bribes in the form of “no-show” jobs in other countries. For that article click HERE

Further links below but first some excerpts regarding his resignation. And as you read remember this is how Democrat editors behave at ALL media outlets:

” … The Intercept’s editors, in violation of my contractual right of editorial freedom, censored an article I wrote this week, refusing to publish it unless I remove all sections critical of Democratic presidential candidate Joe Biden, the candidate vehemently supported by all New-York-based Intercept editors involved in this effort at suppression.”

“The censored article, based on recently revealed emails and witness testimony, raised critical questions about Biden’s conduct. Not content to simply prevent publication of this article at the media outlet I co-founded, these Intercept editors also demanded that I refrain from exercising a separate contractual right to publish this article with any other publication.”

“… as a last-ditch attempt to avoid being censored, I encouraged them to air their disagreements with me by writing their own articles that critique my perspectives and letting readers decide who is right, the way any confident and healthy media outlet would. But modern media outlets do not air dissent; they quash it. So censorship of my article, rather than engagement with it, was the path these Biden-supporting editors chose.”

ADD THIS TO THE MANY, MANY MEDIA OUTLETS ALREADY EXPOSED FOR THIS TYPE OF BEHAVIOR.

As Andrea Widburg pointed out “What’s happening now is a form of fanatic groupthink that has abandoned any pretense of reporting.   Instead, the major media outlets, as well as less well known leftist outlets such as The Intercept … will do anything to protect Joe Biden and Kamala Harris.”

” … by closing ranks, the media outlets, the swamp rats in D.C., and the Tech Tyrants are ensuring that ordinary citizens are as uninformed as Pravda readers were at the height of the Soviet Union.”

CORRESPONDENCE WITH THE EDITORS, PROVING THEY WANTED THE ARTICLE CENSORED