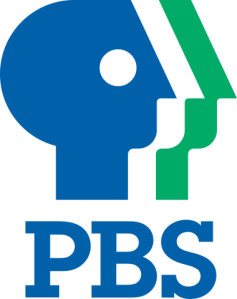 A CHRISTMAS CAROL (1984) – Don’t be misled by the 1984 date, this is neither the George C Scott version NOR the French TV version which I first reviewed years ago. This is a taped stage performance that aired on Ohio Public Television station WNEO on December 22nd, 1984.

Just to give you an idea of the psychotically obsessive lengths I sometimes go to to track down these obscure versions of the Carol: Years ago when I bought this it was one of the many productions not available on video. Nor was it to be found on E-bay or Amazon or any of the usual outlets.

By emailing various staff members at Kent State University (whose theatre department mounted this version) I eventually reached a kind individual. He stated that, though the university did not have copies of the production for sale he would ask around on the KSU faculty’s exclusive chat boards to see if anyone had a copy they may have taped off television back in 1984.

As luck would have it a faculty member DID and they were willing to sell it. So I was a very happy Christmas Carol addict that year. At some point during one of my annual Christmas Carol-A- Thons I will detail what I did to get copies of some Canadian television versions of the Carol … assuming the Statute of Limitations has elapsed. (I’m kidding … maybe.)

William Curtis, a Kent State grad, wrote this adaptation which was performed at the Stump Theatre. This production walks a fine line between comedy and drama but does a pretty good job of it. It often goes “meta” on the audience, breaking the 4th wall but not nearly as often as they did in ancient Greek comedies (see my reviews) or on It’s Garry Shandling’s Show.

The cast members danced their way onto the stage from all corners of the theatre, putting me in mind of the tv musical Fame. That memorable entrance sets the tone for the rest of the production.

The narrator (J.B. Stephenson) was one of my favorite elements and came across as a hybrid of 1980s Dennis Miller and the narrator of Our Town, and THAT’S a mixture that oddballs like me can savor! Scrooge was played by Ron Spangler, who depicted the old tightwad as a sarcastic and sardonic wise-ass.

That may turn off purists but Spangler made it work, and to give you an idea picture Doctor Cox from Scrubs as Scrooge, complete with the way Cox’s underlying layer of decency was always at odds with his obnoxious, sharp-tongued and sometimes mean-spirited nature.

The rest of the cast varies from so-so to barely competent, I’m afraid. The songs were not particularly memorable to me and reminded me of how bland I always found Leslie Bricusse’s songs for the movie Scrooge.

I know there are a few other taped stage versions of A Christmas Carol that are out there but this one stands out a bit for its welcome dose of humor without drowning out the emotion.