One of Balladeer’s Blog’s biggest hits in recent years was my look at 55 Hilariously Wrong Predictions From Psychics (click HERE ). You readers have been asking for more, so here we go with predictions for 1975-2000: 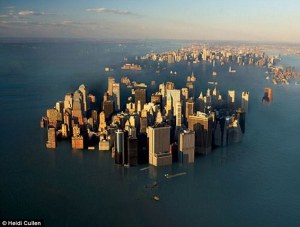 *** New York city will be uninhabitable by 1980 because of rising water levels. People are STILL trying to sell that one. They just keep pushing the alleged time period further and further into the future.

*** By 1980 social drinking will virtually come to an end in America due to health consciousness.

*** By 1979 M.D.’s will ally themselves with faith healers. (Maybe as a Bowling League, but certainly in no other way)

*** During the 1980s consumption of the chemicals in food will cause generations of freakishly tall people. Their abnormal size will weaken their bodies and personalities.

*** By the mid-1980s both America and the Soviet Union will try to colonize the moon, leading to military “police actions” on the moon itself.

*** Invisible rays will be harnessed to guide space travel. (I just don’t see that ever happening … See what I did there?)

*** A superior species of human will be developed outside the female body by 1990.

*** Also by 1990 human beings will be able to harness their thoughts into images on a television-like screen and telephones will be used for thought transmissions.

*** In 1986 a TAD – Thought Action Deed machine will appear. This device will allow scientists to tune into past, present or future events. (Remember when that happened in 1986?)

*** By the year 2000 either American or Russian scientists will invent invisibility devices which look like either a flashlight or an aerosol can.

*** Also by the year 2000 people will be able to unleash their Astral Bodies to travel to other places while they sleep, so that they can explore or conduct business.

Okay, it’s up to you if you think anything predicted by Criswell should EVER have been taken seriously, but he was credited with accurately predicting the Six-Day War in 1967, Ronald Reagan’s election as Governor of California, Jayne Mansfield’s death, the assassination of “a black civil rights leader” in 1968 and that President John F Kennedy would not run for reelection in 1964 because of “something that would happen to him” in November 1963.

*** In the late 1970s a female physicist in Nebraska will discover anti-magnetic forces which will make space travel possible.

*** In March of that same year, the United States government will give almost all of New Mexico back to Native American tribes. (The ultimate “Screw You” to the hate group La Raza!)

*** No rain will fall for 10 months in 1977, tides will end and ships will run aground. A “black death” will wipe out thousands of people. Droughts from the lack of rain will force migrations of people to the North and South Poles to get water by melting ice. When rain finally falls again after the 10 month drought it will cause flooding and a woman in Pratt, KS (?) will save the lives of 500 people and become a national heroine. (Joan of Pratt?)

*** By the year 1980 New York City will be under water. (Apparently humanity’s seminal dream is for New York City to be submerged)

*** From November 28th to December of 1980, Pennsylvanians will be afflicted by an outbreak of cannibalism caused by an experiment that goes awry.

*** By 1980 all of the mentally ill people in the U.S. will be sent to a complex in Oregon built by the federal government. (In actuality they’re all defecating on the streets of San Francisco)

*** In 1981 Montana will become the Penal State. (Now THAT would look good on a license plate!) All criminals given prison sentences will be sent there.

*** On February 11th, 1981, a foreign power will attempt to bomb the United States. The attempt will fail but 50 people in Vermont will be killed. (If only Ben and Jerry had been among them!)

*** In 1988 extraterrestrials will visit the Earth. (At last! Dan Quayle explained!)

*** On October 18th, 1988, a meteor will hit London, almost destroying the city. (Stiff Upper Lip Brits will refer to the event as “the recent unpleasantness”)

*** In the 1980s Mexico City will sink into a lakebed and all of its people will be evacuated.

*** By the year 2000 space flights to Venus, Mars and Neptune will be a reality.

12 responses to “EVEN MORE HILARIOUSLY WRONG PREDICTIONS FROM PSYCHICS”