DAY TWO, GAME ONE – The FAIRFIELD UNIVERSITY STAGS took on the OAKLAND (MI) UNIVERSITY GOLDEN GRIZZLIES. Andrew Bulmer of the Stags got an unassisted Goal in the 1st Period, which ended with his team up 1-0. In the 2nd Period Cale Denison’s Power Play Goal tied the score at 1-1. Neither team scored in the 3rd Period, sending things into Overtime, in which Fairfield U won the game 2-1 off a Kyle Marano Goal 8:46 into the extra session. Stags Goalie Nick Lanni stopped 40 of 41 Shots on Goal.

DAY TWO, GAME TWO – The UNIVERSITY OF SOUTH FLORIDA BULLS clashed with the UNIVERSITY OF WISCONSIN AT MILWAUKEE PANTHERS. The Bulls were chasing the Panthers 3-0 at the end of the 1st Period. In the 2nd Period the University of South Florida pulled to within 3-2 before going on to win the game 6-3 in the 3rd. The winning Goalie was Samuel Coleman of the Bulls with 30 stops on 33 Shots on Goal.

DAY TWO, GAME THREE – Up next the UNIVERSITY OF MICHIGAN WOLVERINES took the ice against the FORDHAM UNIVERSITY RAMS. Neither team scored in the opening Period, following which the teams exchanged Goals in the 2nd for a 1-1 tie. In the 3rd Period Grant Reszczyk of the Wolverines won it with a Goal 14:38 in. University of Michigan Goalie Evan Change notched the W with 18 stops on 19 Shots on Goal. 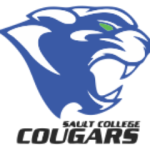 DAY TWO, GAME FOUR – Canada’s SAULT COLLEGE COUGARS battled the RAMAPO COLLEGE ROADRUNNERS. The Cougars went on top in the 1st Period, seizing a 4-0 advantage. The Roadrunners made it a 4-2 game in the 2nd Period only to see Sault College extend their lead to 7-2 before Ramapo College pulled to within 7-3 by Period’s end. An action-packed 3rd Period saw the Cougars win it 12-5 led by Ryan Vendramin with 5 Goals. Drew Gregory stopped 20 of 25 Shots on Goal in the victory.

DAY TWO, GAME FIVE – This duel was between the UNIVERSITY OF CENTRAL FLORIDA GOLDEN KNIGHTS and the AIR FORCE ACADEMY FALCONS. After a 1-1 tie in the opening Period the Upset-Minded Golden Knights went on top 2-1 in the 2nd Period. The 3rd Period saw the University of Central Florida add another Goal to win the game by a score of 3-1. Benjamin Thibault was the triumphant Goalie, stopping 35 of 36 Shots on Goal.