JUSTICE SOCIETY 12: FOOD FOR THE STARVING

For this world which can’t get enough superhero action it’s the very first superhero team in history: the Justice Society of America. FOR PART ONE CLICK  HERE

Synopsis: The Allied Nations recruit the Justice Society of America to deal with another crisis. In this case the problem of hunger, malnutrition and even starvation among many conquered populations in the countries occupied by the Axis Powers.

In the days that follow, the JSA members smuggle food into the occupied nations AND help out underground rebel groups combating the Nazis. They also facilitate several escapes from POW camps and jails for political prisoners. 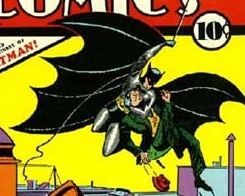 A. My revised hero lineup would substitute the original Batman for Johnny Thunder this time around. (As always I can’t stand Johnny Thunder, the Jar Jar Binks of the Justice Society.) Also, it’s tempting to substitute Hawkgirl for Hawkman in EVERY JSA story given how Hawkgirl has much more cultural cache these days because of her popularity in DC animated shows.

B. Instead of relegating the food drive and other aid to just Occupied Europe I would include China and other nations in the Far East, since the Imperial Japanese treated their conquered peoples as horribly as the Nazis did.

C. I would also have the heroes secretly smuggling food to the people starving under Stalin in the Soviet Union. Obviously since the U.S.S.R. was an Ally against the Axis Powers the wartime comic books ignored Stalin’s abuses, which were on a par with anything the Axis Nations did. This undertaking would need to be absolutely secret to avoid offending Stalin, the head of an Allied power.

D. I would, as always, keep the heroes together AS A TEAM instead of separating them for individual adventures like in the real story.

E. Instead of having the food being smuggled be shrunk down then restored to normal size via scientific methods I would have Doctor Fate use his magic to accomplish that.

F. STORY ONE – Our heroes are tasked with providing food and other aid to the Occupied Nations. The Spectre and Doctor Fate secretly visit the Soviet nations and use their powers to cause instant growth of wheat and corn and other harvests as well as teleport in abundant meats, milk, fruit, etc. Wonder Woman leads the rest of the JSA in using Greece as a springboard for distributing the magically altered food throughout Occupied Europe.

H. STORY TWO – The Justice Society repeats their delivery of food throughout Occupied areas of Africa while simultaneously liberating POW camps and other detention facilities.

I. STORY THREE – Our heroes repeat the process in nations and Pacific Islands occupied by the Japanese.

6 responses to “JUSTICE SOCIETY 12: FOOD FOR THE STARVING”