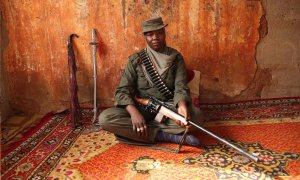 “Bakari Gombi is one of only a handful of women (Hamsat Hassan is another)  involved and she has become a heroine for hunters and local people alike. Her gallantry has won her the title “queen hunter.”

For the rest of the article click HERE .  Unfortunately Aisha and her sister hunters will never get favorable coverage from the Left-Wing Archie Bunkers of the entertainment and “educational” (LMFAO) fields but they prove that people CAN do more than spread pointless “Bringbackourgirls” hashtags.