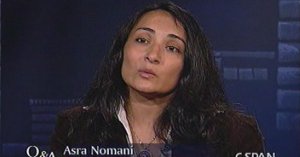 And we have another member for the real-life League of Extraordinary Women! Her name is Asra Q Nomani, an outspoken critic of the reactionary elements of Islam. She also authored a courageous op-ed piece for the Washington Post‘s website.

Asra added her voice to those of other Trump voters of color disproving the Democrats’ claim that only eeeeevillll white people voted for Trump. The link is below, but first some excerpts:

“This is my confession — and explanation: I — a 51-year-old, a Muslim, an immigrant woman ‘of color’ — am one of those silent voters for Donald Trump.” 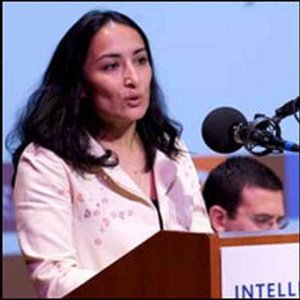 “And I’m not a ‘bigot,’ ‘racist,’ ‘chauvinist’ or ‘white supremacist,’ as Trump voters are being called, nor part of some ‘whitelash.”

She goes on to explain that she is a “single mother who can’t afford health insurance under Obamacare,” and a “liberal Muslim who has experienced, first-hand, Islamic extremism in this world.”

Nomani, who says she has been a lifelong liberal (Note from Balladeer: So was I until American Liberals decided Muslim extremists were above reproach), explained that she did not decide to announce her support of Trump publicly until after the election when she “found it offensive that Trump voters were being dismissed as uneducated white voters.” Nomani has courageously dealt with the backlash from the increasingly hate-filled American Left. (Search on-line for the deranged responses to her op-ed.)

“(W)e as reformers hear all sorts of charges of not being Muslim from the extremists within our community,” Asra went on. (Note from Balladeer – This then allows the cowardly hypocrites of American Liberalism to claim that the Muslims criticizing elements of Islam aren’t “really” Muslims.)

“I have been opposed to the decision by President Obama and the Democratic Party to tap dance around the ‘Islam’ in Islamic State,” she added.

Needless to say, if Ms Nomani claimed America was a hotbed of Islamophobia she’d be a media darling instead of facing the hatred she is now experiencing.