SAVE DILBERT’S CREATOR FROM A WITCH HUNT 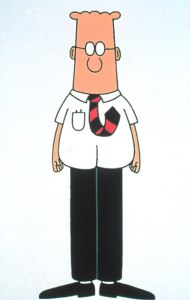 My disgust with American Liberals and Conservatives is no secret by this point. Like so many of us I used to identify as a Liberal until they became as intolerant of free speech and opposing viewpoints as the worst Christian Conservatives had ever been.

The American Left has also proven to be hypocritical about blacklisting and political witch hunts, since they are more than happy to destroy lives in their obsessive targeting of anyone who disagrees with them.

NOW EVEN THE CREATOR OF DILBERT IS UNDER ATTACK: CLICK HERE

2 responses to “SAVE DILBERT’S CREATOR FROM A WITCH HUNT”