ROB REINER THINKS UNEDUCATED PEOPLE SHOULD SUPPORT HILLARY, BUT MANY ALREADY DO 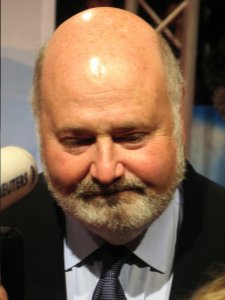 Rob Reiner is once again claiming that people who don’t agree with every single one of his political views are stupid. He called Trump supporters “uneducated” and (yaaawn) racist. (Then why do so many black people openly support Trump, Rob?)

I don’t belong to either the Democratic Party (DemCorp) or the Republican Party (RepubCorp) so, especially for readers from other countries I can provide an objective look at this type of repulsive snobbery.

*** American Liberals are very pretentious and very insecure people who call everyone who disagrees with them on ANY subject names like “uneducated” or (yaaawn) “racist.” Here are two quick examples of American Liberal hypocrisy on this:

(1) George Clooney dropped out of college but because he spouts nothing but what the Democrats want him to say they don’t label him “uneducated.” If he spouted opinions that American Liberals disagreed with they would label him an “uneducated white male.”

(2) Susan Sarandon never finished high school but because she tends to spout nothing but what the Democrats want her to say they didn’t label her “uneducated” … until she thought for herself by preferring Bernie Sanders over Hillary Clinton. Suddenly, Sarandon went from “autodidact” (the condescending term American Liberals use for the COUNTLESS actors and singers who share their political opinions but never finished high school and/or college) to “uneducated” virtually overnight with the pompous snobs of the American Left.

Most adults come to realize that length of education is no true indicator of intelligence. American Liberals – ESPECIALLY 1960s Liberals like Rob Reiner – never mature enough to accept that. Their insecurity about their own intellectual capacity is demonstrated every time large numbers of their fellow human beings express ideas that they personally don’t agree with.

When American Liberals call people “uneducated” it’s the equivalent of children calling each other “poopoo heads”or similar expressions of frustration. After all, it was “educated” people like George W Bush who brought us the Iraq War. (Yet oddly, many of Trump’s supposedly “uneducated” supporters disapproved of that war.) It was “educated” people who brought us the financial crises of the previous decade. “Educated” politicians in Europe gave us the current immigration crisis. 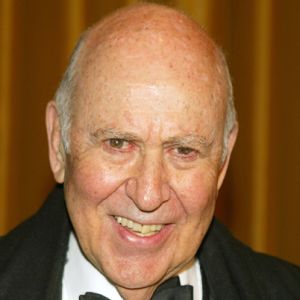 Rob Reiner’s “education” prepared him for the career of being born to a rich white celebrity father, Carl Reiner.

And in Rob Reiner’s case he apparently feels his “education” prepared him to make the decision to be born to an ALREADY FAMOUS FATHER WHO GOT HIM JOBS IN THE ENTERTAINMENT INDUSTRY. An industry, I’ll point out again, that is loaded with plenty of people who never completed formal education. (I wonder how those people feel knowing that their colleague Rob considers them “uneducated.” Oh, yeah, they probably agree with his political views, so he’ll call them “autodidacts” … until they disagree with him about something.)

And by the way, Rob Reiner, many of the people you consider to be “educated” would dismiss your views on ANY subject, labeling you a fat, bald, cisgendered white male child of privilege. And even the most “uneducated” people you hate would know better than to publicly wallow in self-pity about having a small penis, the way you did in your Playboy interview in the 1980s. (Isn’t the internet wonderful, Meathead?)

And what about all the “uneducated” people who support Hillary? Are they supposed to meekly say to themselves “Well, at least Carl Reiner’s son would approve of our opinion on this matter. Whew!”

I’ve dealt with this subject in greater detail HERE

20 responses to “ROB REINER THINKS UNEDUCATED PEOPLE SHOULD SUPPORT HILLARY, BUT MANY ALREADY DO”