THE NINJA GOD EN NO OZUNU

Regular readers of Balladeer’s Blog know that I consider all religions to be mythology, which people are usually fine with unless it’s their own personal religion I’m examining. At any rate En No Ozunu is revered as the founder and most active mythical figure in the belief system called Shugendo, and in some offshoot cults of Shugendo as a virtual patron deity of ninja practices and ancient weather forecasting.

Practitioners of the Shugendo faith are called Yamabushi and their belief system fuses elements of Shinto, Ainu, Buddhism and Taoism along with features of shamanism and the ancient Japanese reverence for mountains, all of which are considered sacred ground in Shugendo.

The ninja connection is very big in popular culture but actually the Ainu are more technically the originators of many ninjutsu practices. For an even bigger pop culture tie-in there are versions of the En No Ozunu myth in which he is the father of Sadako (Neil Sadako?), the female figure in the Ringu novel plus its Japanese and American film adaptations.

En No Ozunu supposedly began his existence on Earth when he was born to a mortal woman who was so beautiful she caught the eye of an incredibly ancient deity. The mere act of finding the woman desirable enabled said deity to impregnate her without actual intercourse. This is fairly standard in Ainu myths. There is also a tendency in ancient far eastern mythology not to obsess over the exact identity of a deity who fathers a demigod.

Western readers are more familiar with versions of these tales where the paternal deity is always explicitly named. In Japan, Vietnam, the Philippines and elsewhere it is usually enough to just say a mythical figure was “the child of a god and a mortal woman.”

We are told Ozunu was born with a horn on his head and a flower in one hand. Like countless other demigods from around the world he was able to talk immediately and could outdo adults in philosophical and theological debates. Ozunu eventually left his mortal life behind him to pursue a spiritual path. He wandered the mountains of Japan, fasting, training himself physically and meditating, often while calmly showering for hours underneath waterfalls of freezing-cold mountain rivers.

Ozunu’s travels brought him to Mount Katsuragi, where a family of Oni (Japanese demons) were terrorizing the region. The father and mother demonoids, named Zenki and Goki, were feeding on the children of the mountain-dwelling populace. En No Ozunu overcame Zenki and Goki with his godly power and while they were unconscious he imprisoned their children in a giant cauldron. When the parent demons awoke Ozunu claimed he had killed the children. Zenki and Goki then realized the pain and suffering they caused the human parents whose children they devoured.

The two demons renounced their “evil” ways and so En No Ozunu reunited them with their offspring. From then on the family of subdued and tamed Oni were Ozunu’s faithful servants. Ozunu’s heroic deed made him famous and he developed a rapidly-growing following of disciples. His Shugendo cult grew so large and influential (especially their use of medicinal herbs) that the ancient rulers of Japan realized it threatened their own power base and exiled En No Ozunu to the remote island of Oshima.

While serving this three year exile Ozunu was still crafty enough to elude his guards and make frequent pilgrimages up and down Mount Fuji, thus increasing his godly power many times over. By the time his exile was over En No Ozunu had purged himself of all traces of his half-human heritage and was fully realized as a deity.

En No Ozunu’s Shugendo faith prospered more than ever now and he began teaching his adherents the camouflage techniques he used to slip away for his journeys up and down Mt Fuji. Ozunu himself was immune to assassination attempts now, as weapons shattered against his skin. No exact date is given for En No Ozunu’s physical departure from the Earth but like Muhammad in Muslim myths he eventually ascended into the heavens. In some versions he took his mother with him in a giant alms bowl. And I think we all know what some foolish people would claim about that. 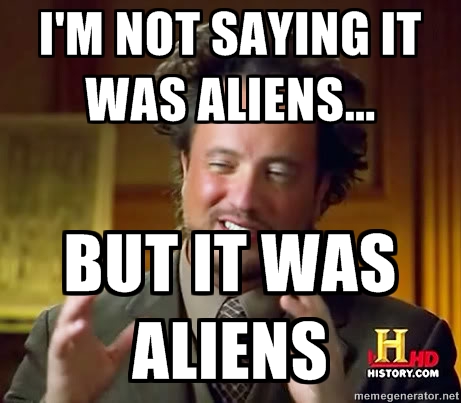 But on the plus side, unlike with Muhammad, En No Ozunu can be depicted in drawings without blood-soaked, superstitious savagery dictating that the artist be put to death.

6 responses to “THE NINJA GOD EN NO OZUNU”