NATIONAL CHAMPIONSHIP GAME – In this title game the 4 seeds – the NEW HAMPSHIRE TECHNICAL INSTITUTE LYNX – took on the Cinderella 10th seeded PENN STATE AT GREATER ALLEGHENY LIONS. The Lynx were chasing the Lions 39-35 at Halftime. After the break NHTI came from behind to win by a final tally of 74-70. Sean Riley and J’Quavious Thurmond led the Lynx with 19 points each. * THE LYNX ARE NATIONAL CHAMPIONS OF USCAA DIVISION TWO * 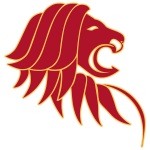 DAY ONE: GAME ONE – The 2nd seeded UNIVERSITY OF SAINT THOMAS (TX) CELTS played the 7 seeds – the NEWPORT NEWS APPRENTICE SCHOOL BUILDERS. The Celts were on top 35-27 at the Half then kept the Builders at arm’s length from there for a 74-65 triumph. Freddie Ricks III tossed in 17 points to lead the way for the University of Saint Thomas. END_OF_DOCUMENT_TOKEN_TO_BE_REPLACED

The college basketball postseason rolls along:

DAY ONE: GAME ONE – The 6 seeds – the VERMONT TECH GREEN KNIGHTS – took the court against the 3rd seeded UNIVERSITY OF CINCINNATI AT CLERMONT COUGARS. This shootout found the Green Knights on top of the favored Cougars 50-39 by Halftime. From there Vermont Tech held off their opponents for a Century Club-level 108-100 Upset win. Drake Perry’s THIRTY points led the Green Knights.

DAY ONE: GAME TWO – In this game the 4th seeded NEW HAMPSHIRE TECHNICAL INSTITUTE LYNX faced the 5 seeds – the PENN STATE AT MONT ALTO LIONS. In businesslike fashion the Lynx led 32-27 at the Half on their way to a 76-70 victory over the Lions. Shaquille Barrett led the way for New Hampshire Tech with 18 points. 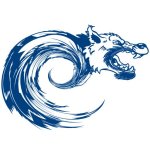 DAY ONE: GAME THREE – The 8 seeds – the SOUTHERN MAINE COLLEGE SEAWOLVES – tangled with the 9th seeded PENN STATE AT WILKES-BARRE LIONS. This Instant Classic saw the Seawolves holding a mere 37-36 edge at the break before eking out a tiny bit more separation from there to win out 70-68. Twenty-five points from Anthony Lobor led Southern Maine College. END_OF_DOCUMENT_TOKEN_TO_BE_REPLACED 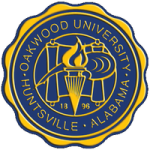 CHAMPIONSHIP GAME – The last two teams standing in this tournament were the 4th seeded OAKWOOD UNIVERSITY AMBASSADORS and the Cinderella 7 seeds – the BLUEFIELD STATE BIG BLUES. The opening Half was a tale of stellar defense from both teams and ended with the Ambassadors on top 26-22. After the break each team went basket for basket, putting up 35 more points. Oakwood University won the game 61-57 led by 20 points from Edmen Stewart. * THE AMBASSADORS ARE USCAA NATIONAL CHAMPIONS * 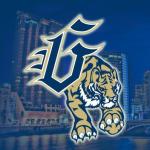 CHAMPIONSHIP GAME – In this tournament’s title tilt the 2 seeds – the GRACE CHRISTIAN UNIVERSITY TIGERS – did battle with the 4th seeded GREAT LAKES CHRISTIAN COLLEGE CRUSADERS. The Tigers seemed in control with a 55-38 Halftime lead but from there the Crusaders came back to force Overtime with a 75-75 tie. In Overtime Kellum Bridgeforth hit a 3-pointer with 5 seconds left to give Grace Christian University an 84-83 win. Bridgeforth led his team with 21 points. * THE TIGERS ARE NATIONAL CHAMPIONS OF NCCAA DIVISION TWO *

FINAL FOUR: FIRST BERTH – The OREGON TECH HUSTLIN’ OWLS clashed with the INDIANA WESLEYAN UNIVERSITY WILDCATS. An action-packed 1st Half ended with the Hustlin’ Owls holding a 47-44 edge over the Wildcats. After the break Oregon Tech got more and more separation, ultimately winning the game by a Century Club level score of 107-93. Mitchell Fink notched THIRTY-FOUR points to lead the Hustlin’ Owls. END_OF_DOCUMENT_TOKEN_TO_BE_REPLACED

FIRST SEMIFINAL – The 4 seeds – the OAKWOOD UNIVERSITY AMBASSADORS – faced the top seeded FLORIDA NATIONAL UNIVERSITY CONQUISTADORS. The Conquistadors were on top 36-33 come Halftime but from there the Ambassadors outscored FNU 49-30 for an 82-66 Upset win. Michael Middleton scored 23 points to lead Oakwood University.

SECOND SEMIFINAL – In this game the 7th seeded BLUEFIELD STATE BIG BLUES took the court against the 3 seeds – the BRYANT & STRATTON COLLEGE (Buffalo) BOBCATS. The Big Blues put the Bobcats on Upset Alert at the break with their 28-26 edge. In the 2nd Half Bluefield State mustered a tad more separation to win the game 65-62. Twenty-eight points from Korey Williams led the Big Blues.

FIRST SEMIFINAL – The 4 seeds – the GREAT LAKES CHRISTIAN COLLEGE CRUSADERS – squared off against the 8th seeded MARANATHA BAPTIST UNIVERSITY SABERCATS. By the midpoint of the game the Crusaders were in control with a 40-28 advantage over the Sabercats. From there Great Lakes Christian College methodically left Maranatha Baptist further and further behind, ultimately defeating them 81-61. Isiah Reed of the Crusaders tossed in 20 points to lead his team. END_OF_DOCUMENT_TOKEN_TO_BE_REPLACED

DAY ONE, GAME ONE – The 3 seeds – the BRYANT & STRATTON (Buffalo) BOBCATS – played the 6th seeded CLINTON COLLEGE GOLDEN BEARS to tip off the Division One Tournament in the USCAA (United States Collegiate Athletic Association). By Halftime the Golden Bears had spooked the Bobcats with a 38-29 lead but after the break Bryant & Stratton came roaring from behind to win the game 80-73. Nicc (sic) Johnson’s 19 points led the Bobcats.

DAY ONE, GAME TWO – Up next the 7th seeded BLUEFIELD STATE BIG BLUES took on the 2 seeds – the STRATFORD UNIVERSITY CARDINALS. This was a defensive epic which had the Cardinals on top 27-24 at the Half before the Big Blues rallied. Bluefield State outscored Stratford 28-20 in the 2nd Half for a 52-47 Upset victory. Teyon Henry tossed in 15 points to lead the Big Blues.  END_OF_DOCUMENT_TOKEN_TO_BE_REPLACED

CHAMPIONSHIP GAME – The title tilt in Division Two of the USCAA (United States Collegiate Athletic Association) pitted the 3rd seeded PENN STATE AT WILKES-BARRE LIONS against the 5 seeds – the JOHNSON & WALES UNIVERSITY WILDCATS. By Halftime the Lions were well and truly in charge, leading the Wildcats by a count of 47-27. From there PSU-Wilkes-Barre coasted to an 86-64 blowout win led by Jordan Williams with his Double Double of 20 points and 12 rebounds. * THE LIONS ARE CHAMPIONS OF THE USCAA DIVISION TWO * 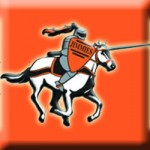 DAY ONE, GAME ONE – The UNIVERSITY OF JAMESTOWN JIMMIES took the court against the SOUTHEASTERN UNIVERSITY FIRE in this game. The Jimmies had managed a 47-39 advantage at the break before leaving the Fire coughing and choking in their dust with a Century Club level 106-85 smackdown. Terrell Alfred led the University of Jamestown with a Double Double of THIRTY points and 10 rebounds.

DAY ONE, GAME TWO – The INDIANA UNIVERSITY EAST RED WOLVES battled the BETHEL (IN) COLLEGE PILOTS (Riverboat Pilots). The Red Wolves and the Pilots exchanged blow for blow and basket for basket. A 39-39 tie at the Half became a 73-73 deadlock to end Regulation. In the Overtime session Indiana University East emerged with an 83-81 triumph. Aaron Thomas of the Red Wolves led his team with a Double Double of 21 points and 12 rebounds. END_OF_DOCUMENT_TOKEN_TO_BE_REPLACED

CHAMPIONSHIP GAME – The last two teams standing in this Tournament were the top seeds – the DAVIS COLLEGE FALCONS – and the 2nd seeded TRINITY BAPTIST COLLEGE EAGLES. The 1st Half ended with the Eagles on top 35-29 but the Falcons regrouped in the locker room and came out primed for a comeback. Davis College outscored Trinity Baptist 39-28 to win the game 68-63 for their 4th National Title. Corban Usry led the victors with 17 points. * THE FALCONS ARE BIBLE COLLEGE NATIONAL CHAMPIONS *

IRST SEMIFINAL – This game pitted the 5th seeded JOHNSON & WALES UNIVERSITY WILDCATS against the 9 seeds – the PENN STATE AT YORK LIONS. The Wildcats were chasing the Lions 35-28 at Halftime but after the break they roared back for a 77-65 comeback triumph. Kajuan Madden-McAfee tossed in 23 points to lead Johnson & Wales University. END_OF_DOCUMENT_TOKEN_TO_BE_REPLACED

ACCA CHAMPIONSHIP GAME – The 4th seeded Defending National Champions – the ARLINGTON BAPTIST UNIVERSITY PATRIOTS – faced the 6th seeded CHAMPION CHRISTIAN COLLEGE TIGERS in the title game of the ACCA (Association of Christian College Athletics). The Tigers held a 38-36 edge come Halftime but after the break the Patriots demonstrated the old “heart of a champion” and came back to win this 75-73 Instant Classic. * THE PATRIOTS ARE ACCA NATIONAL CHAMPIONS *

DAY TWO, GAME ONE – Starting Day Two in the USCAA (United States Collegiate Athletic Association) was this clash between the 8th seeded CENTRAL PENN COLLEGE SILVER KNIGHTS and the 6 seeds – the NEW HAMPSHIRE TECHNICAL INSTITUTE LYNX. The Silver Knights had the Lynx on Upset Alert with a 42-31 lead at the break, then kept NHTI at arm’s length in the 2nd Half for an 82-70 victory. Tyreke Woodard led Central Penn College with 28 points. END_OF_DOCUMENT_TOKEN_TO_BE_REPLACED