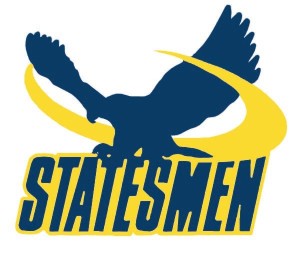 Last night the Final Four teams in the NAIA Division 2 tipped off for the right to advance to the championship game. In the first game the top seeded WILLIAM PENN UNIVERSITY STATESMEN fell behind by 6 early on but roared back to tie the GRACE COLLEGE LANCERS at 21 all. A 10-0 run put the Lancers up 31-21 but the Statesmen responded with a run of their own to take a 34-31 advantage. By half-time the game was tied up at 36-36. William Penn came back from the break on a 6-0 tear and never looked back. The Statesmen advanced to their first- ever appearance in the national title game with a 79-58 victory.

The 2nd seeded CARDINAL STRITCH UNIVERSITY WOLVES played the (11) INDIANA UNIVERSITY SOUTHEAST GRENADIERS next. Game Two started the same way with the ultimate victors trailing early on. Stritch rose up against that early adversity and went on an intimidating 20-4 run. The Grenadiers would rally to END_OF_DOCUMENT_TOKEN_TO_BE_REPLACED 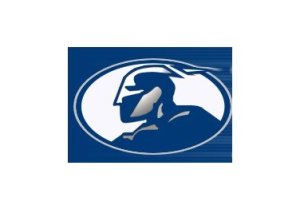 ANOTHER CHAMPION CROWNED – The National Christian College Athletic Association Division Two title game was played last night. The top seeded OHIO CHRISTIAN UNIVERSITY TRAILBLAZERS squared off against the Cinderella 7 seeds, the ARLINGTON BAPTIST COLLEGE PATRIOTS. The Patriots accomplished the seemingly impossible by actually leading the Trailblazers at halftime, 38-37. OCU was the season’s dominant team, however, and reasserted themselves in the 2nd half. The final score in this National Championship Game was Trailblazers  73 Patriots  62. Congratulations to Ohio Christian University!

GAME OF THE DAY – The (2) CARDINAL STRITCH UNIVERSITY WOLVES battled the upstart (10) DORDT COLLEGE DEFENDERS through TWO OVERTIMES before obtaining a final result. The 1st half was a defensive struggle, with the score at the break a startlingly low 29-24 in favor of the Wolves. 61-61 was the tally at the end of regulation and it wasn’t until the 2nd Overtime period that CSU put some distance between themselves and the Defenders. In the end the 82-76 result propelled the Wolves into the NAIA Division Two’s Final Four.

A MAN CALLED DEVLIN – The top seeded WILLIAM PENN UNIVERSITY STATESMEN trailed the MIDLAND UNIVERSITY WARRIORS by one point with time expiring, but a James Devlin fallaway jumper gave the Statesmen a 67-66 victory. With the win WPU advances to their FIRST EVER Final Four. Even more amazing is the fact that the Statesmen still have only ONE LOSS for the entire 2012-2013 campaign. William Penn won the battle of the backboards, out- rebounding the END_OF_DOCUMENT_TOKEN_TO_BE_REPLACED

UPSETS – Day 3 of the NAIA Division Two tournament took place yesterday. The (11) INDIANA UNIVERSITY SOUTHEAST GRENADIERS toppled the (6) ST XAVIER UNIVERSITY COUGARS by a score of 83-73.   ###   And the (10) DORDT COLLEGE DEFENDERS dragged down the (7) INDIANA WESLEYAN WILDCATS  75-62. The Defenders led 35-24 at halftime and retained control in the 2nd half. 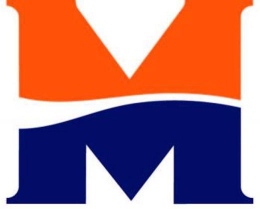 INSTANT CLASSICS – The MIDLAND UNIVERSITY WARRIORS and the YORK PANTHERS needed Overtime to resolve their 2nd Round game. In the end the Warriors emerged with a 76-71 victory.   ###   And the final game of the 2nd Round was the tightest last night. The DAKOTA STATE TROJANS led the ST THOMAS (FL) BOBCATS 30-27 at the break, but wound up winning by  just a single point. The final score was END_OF_DOCUMENT_TOKEN_TO_BE_REPLACED

ROUND ONE, DAY TWO – The NAIA Division 2 National Championship Tournament finished up Round One yesterday.

UPSETS – The CAL MARITIME ACADEMY KEELHAULERS led the way on this category with their authoritative smackdown of the (4) NORTHWESTERN (IA) RED RAIDERS to the tune of 76-54   ###   The (5) WARNER PACIFIC COLLEGE KNIGHTS fell to the DAKOTA STATE TROJANS  89-80   ###   Meanwhile the ST THOMAS (FL) BOBCATS won an 85-72 upset over the (12) MT MERCY MUSTANGS.

UPSETS II: THE SEQUEL THEY SAID COULDN’T BE MADE – The GRACE COLLEGE LANCERS joined in the fun by toppling the (13) TN WESLEYAN COLLEGE BULLDOGS in a 93-69 pounding   ###   … And the END_OF_DOCUMENT_TOKEN_TO_BE_REPLACED

The NAIA National Championship Tournament – THE OLDEST SUCH COLLEGE BASKETBALL TOURNAMENT IN THE COUNTRY – yes, you read that right – got underway yesterday. 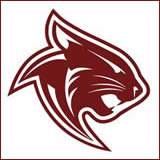 UPSETS – Round One’s upsets: The COLLEGE OF THE OZARKS BOBCATS always shine in prime time and last night was no exception. The Bobcats stunned the 3rd seeded NORTHWOOD (FL) SEAHAWKS in a 57-49 defensive masterpiece.   ###   The MIDLAND UNIVERSITY WARRIORS eliminated the 8 seeds, the EASTERN OREGON MOUNTAINEERS, by a score of 77-53   ###   A battle of Panthers went into Overtime with the YORK PANTHERS eking out a 78-77 win over the DAVENPORT PANTHERS   ###   And ending a bad day for the WHAC, the 14th seeded MADONNA UNIVERSITY CRUSADERS fell to the SOUTHERN OREGON MOUNTAINEERS 83-66.

The NAIA championship game will be played tonight at 8pm ET on the cable channel called CBS Sports Network, the new home of Jim Rome. The (2) Oklahoma Baptist University Bison take on the (4) Concordia (CA) Eagles (who I still say should change their name to the Condors).

One tournament ends, but another begins! The NJCAA tournament tips off at 11am ET today. The Monroe College Tribunes (logo at left), the Gordon College Highlanders and END_OF_DOCUMENT_TOKEN_TO_BE_REPLACED

The NAIA Final Four play tonight in their semifinals. The (2) Oklahoma Baptist University Bison (logo at left) take on the Cinderella team, the (11) Mountain State Cougars while the top- seeded Shorter Hawks clash with the (4) Concordia (CA) Eagles. Game One (Hawks vs Eagles) tips off at 7pm ET.

Tomorrow at 10am ET the NJCAA tournament begins, with the opening game pitting the South Plains College Texans against the END_OF_DOCUMENT_TOKEN_TO_BE_REPLACED

The LSU- Shreveport Pilots (logo at left) are part of the NAIA’s Elite Eight teams that will be playing today. Meanwhile the NJCAA3 Championship Game will pit the Sandhills Flyers against the Cedar Valley College Suns. The NCAA D3 title game features the Whitewater Warhawks (current D3 football champs) vs the Cabrini Cavaliers.

Four double- digit seeds advanced with upset wins yesterday. The Pilots (as in riverboat pilots) won a 12 over 5 matchup over Southern Polytechnic, Biola won a 10-7 game against Our Lady of the Lake University and 11th- seeded Mountain State upset 6th- seeded Martin Methodist. Here are scores for END_OF_DOCUMENT_TOKEN_TO_BE_REPLACED

If you missed it in the NAIA’s late game last night the unseeded SUNO Knights upset the 3rd- seeded Robert Morris (IL) Eagles 94-92! Trailing by 11 points with just 9 minutes left the Knights, playing in their first tournament since 2004, stayed focused and Kevin Dukes drove home a fadeaway jumper with just 3.9 seconds left in the game to give SUNO (Southern University at New Orleans) the win. Congratulations to the Knights for the upset of the tournament so far!

Meanwhile round two tips off this morning at 10am ET with the Evangel Crusaders (logo above left) taking on the Rogers State University Hillcats. All this plus the semifinals in the NJCAA3 tournament.

Taking a look at the scores (bd means END_OF_DOCUMENT_TOKEN_TO_BE_REPLACED

The NJCAA3 basketball tournament tips off today at Noon ET! The opening game features the Milwaukee Tech Stormers (logo at left) taking on the Cedar Valley College Suns. Also seeing action today will be the Brookdale College Jersey Blues, the Sandhills Flyers and many others. Stay tuned to Balladeer’s Blog for score updates.

Plus this morning at 10 ET the NAIA’s Division One basketball tournament resumes with game one pitting the Xavier (LA) Gold Rush against the LSU- Shreveport Pilots (as in riverboat pilots). Yesterday already saw 2 NAIA teams score over 100 points in their games. For updated END_OF_DOCUMENT_TOKEN_TO_BE_REPLACED