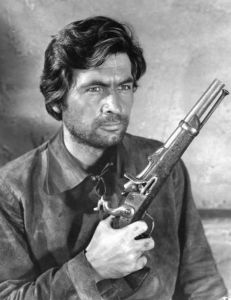 In the previous installment I took a look at the Melungeon origin myth for the Fool Killer and the way it bore some resemblance to a figure from Portuguese folk tales that the so-called “Hill Portughee” brought with them. That tale also dealt with the creation of the club/ walking stick/ cudgel that the Fool Killer carried with him in many of his incarnations.

I finished off with the legends of the Fool Killer slaying “fools” who entered the East Tennessee Hills intent on mining or stealing Melungeon gold.

MELUNGEON VARIATION TWO: We’ll pick up this time with more of the oral traditions which supposedly started in the late 1830s or 1840s but weren’t set down in writing until the 1880s and later so there’s no way of verifying when they really began.

By now his mission had evolved to killing foolish Federal agents sent into the hills to try to shut down what Washington, DC saw as the “counterfeit” minting of gold coins by the Melungeons. The Fool Killer finished off any Feds that he caught confiscating those coins from merchants or arresting said merchants. END_OF_DOCUMENT_TOKEN_TO_BE_REPLACED