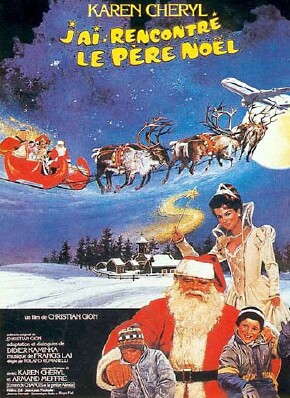 I MET FATHER CHRISTMAS aka J’AI RENCONTRE LE PERE NOEL (1984) – Not to be  confused with I Killed Einstein, Gentlemen, I Met Father Christmas is a 1984 children’s holiday film from France. This little honey is directed by Christian Gion, known mostly for his sub-Police Academy level comedies. I Met Father Christmas is partially enjoyable as a Yuletide kiddy flick but most of its entertainment value comes from the filmmaker’s ineptitude and their inclusion of some very questionable story elements.

No, I’m not joking. (And no, this isn’t an origin story for young John McClane.) The poor kid is in emotional limbo, not knowing if his parents are dead or alive or if he’ll ever see them again. Even his letter to Santa says he doesn’t want toys, he just wants his parents back home safely. (Insert your own “You’ll put your eye out, kid” joke here.) END_OF_DOCUMENT_TOKEN_TO_BE_REPLACED