That will not happen because the civilized world’s enemies (Muslim fanatics at present) know that as long as they can maintain ANY level of hostile activity they can count on the spineless and self-aggrandizing political left in the Western Democracies to do politically what they themselves cannot do militarily – force a premature withdrawal of the victorious forces. END_OF_DOCUMENT_TOKEN_TO_BE_REPLACED 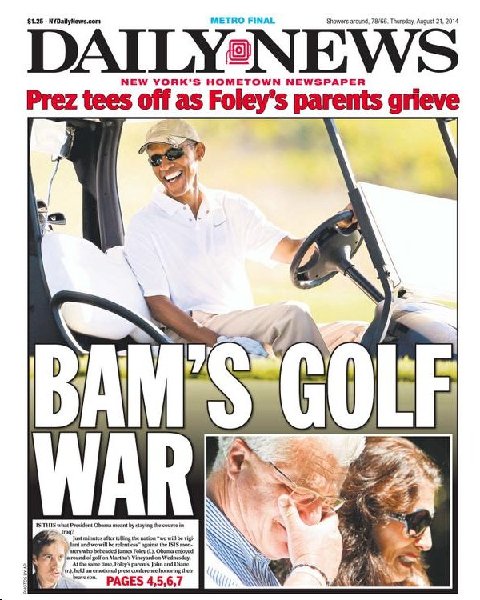 THIS IS ISLAM: THE AFTERMATH OF THE FOLEY BEHEADING

NOTE TO GUTLESS APOLOGISTS FOR ISLAM

Since you cowardly hypocrites can’t conjure up any disapproval for the non-stop beheadings that the blood-soaked savages of Islam are engaging in OR for their SLAVE MARKET FOR SELLING WOMEN I don’t want any of you worms wasting my time anymore with your simple-minded and robotic defense of Islam. All such comments will be replied to with a link to this post.

You spineless fools can also refrain from ever again embarrassing yourselves trying to say that Muslim violence is no worse than Christian or Jewish violence. UNTIL YOU COWARDS CAN SEND ME PICTURES OF TWENTY-FIRST CENTURY CHRISTIANS, JEWS, BUDDHISTS, HINDUS, ETC BEHEADING PEOPLE BY THE HUNDREDS AND PROUDLY POSTING PICS OF THEIR CHILDREN DISPLAYING THE HEADS OF THEIR VICTIMS – I repeat – UNTIL you can send me photos of that on a regular basis like we can do with the superstitious, homophobic and misogynistic barbarians of Islam there is NO reason to take your whiny protestations seriously when you complain about civilized people NOTICING that Islam and Islam alone continues to behave in this savage manner. END_OF_DOCUMENT_TOKEN_TO_BE_REPLACED