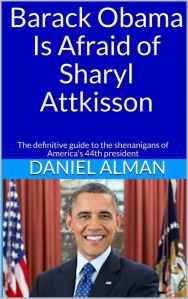 Privileged white one percenter Alyssa Milano told a non-existent reporter for Balladeer’s Blog that for Christmas she recommends the new book BARACK OBAMA IS AFRAID OF SHARYL ATTKISSON: THE DEFINITIVE GUIDE TO THE SHENANIGANS OF AMERICA’S 44th PRESIDENT.

It’s written by Daniel Alman and explores the countless scandals, misdeeds and outright crimes of the weak, inept and crooked little man named Barack “He used tear-gas on children at the Mexican border, too” Obama. Alman’s book is drenched in well-researched details and is separated into chapters like:

Chapter 1: Trying to silence the media

13: No, you can’t keep your insurance 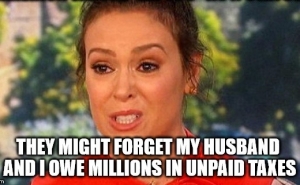 You can buy the amazon kindle version at https://www.amazon.com/dp/B07K53ZN9F.