Balladeer’s Blog presents its look at the college basketball teams competing for the championship in the two divisions of the USCAA (United States Collegiate Athletic Association). Tip-off is tomorrow at 2pm ET. The NAIA conference tournaments are continuing, too, so I’ll still be covering those, as well!

USCAA DIVISION ONE (according to seeding) 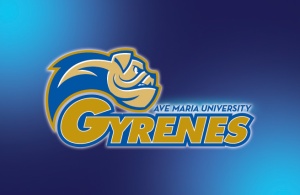 Well, it’s been a long wait, but the NAIA’s Ave Maria University Gyrenes will be kicking off their very first season of intercollegiate football in about a month and a half. Here is the schedule for the team’s inaugural season of gridiron action.

Well, Madness In The Mountains, the USCAA National Basketball Tournament from Uniontown, PA, is over. The three champions are:

Congratulations to all three teams!

Cumberlands Football Camp Anything But Bland – The University of the Cumberlands Patriots camp for High School football teams in Kentucky and Tennessee was held recently. Patriots Head Football Coach John Bland commented “The…Camp was a success in 2010. All of the coaches…were pleased with the progress their teams made during camp.”

You Say Cumberlands, I Say Cumberland, Let’s Call The Whole Thing Off – We move now from the University of the Cumberlands Patriots to the Cumberland University Bulldogs. The Bulldogs  football players report this weekend with meetings scheduled all day Saturday and camp beginning next week. CU starts its 2010 campaign at the Austin Peay Governors Sept 2nd.

“Hello, I must be going!” – The South Dakota School Of Mines And Technology Hardrockers and the Black Hills State University Yellowjackets open camps this weekend for what will be their final football season in the Dakota Athletic Conference. The Yellowjackets went 6-4 last season and defeated the Dickinson State Blue Hawks, the conference champions, in The Dacotah Bowl to end the 2009 season.

Strengthen Your Corps, er, Core – Yes, that was another nod to the Marine Corps origins of the Gyrenes, the nickname of the Ave Maria University sports teams. The Gyrenes begin intercollegiate play in 2011 for football but recently held a football camp for 9 Florida High School teams. This four-day camp, whose theme was “Strengthen Your Core”, was held in partnership with the Fellowship of Christian Athletes.

“I Guess Everyone Loves Cougars” Dept – The Sioux Falls Cougars were picked to win the Great Plains Athletic Conference title yet again by the coaches and SID’s in that league, it was revealed at last week’s GPAC Media Day. The defending national champions in the NAIA were also ranked number one in various national preseason polls as well. Will it be a threepeat for USF football this season? Cougar lovers everywhere will be watching to find out!

Get Your Grub On With The Rangers – The Northwestern Oklahoma State Rangers have been picked to win the Central States Football League title this year by the coaches, SID’s and select media members. They’ve also got their football Media Day coming up August 14th and the First Annual Ranger Kickoff Barbecue set for August 21st.

“Building it from the ground up” has been the theme for the Ave Maria University Gyrenes as they prepare for their inaugural NAIA football season in 2011. It could also be the slogan for one of the most ambitious construction projects since the days of the Pharaohs as nearly 3,000 students and residents in Ave Maria, FL have been employed in ’round the clock shifts to erect a massive 819 foot tall replica of the helmets the Gyrenes pigskin team will be wearing.

This enormous replica helmet, seen in the foreground of the above photo, sits majestically on the shores of Lake Gyrene, an artificial lake whose grayish-blue waters lie serenely under the gaze of this monolithic tribute to the “can do” attitude of Ave Maria University Athletics.

Funding for this enormous project came from eccentric billionaire Tony Stark and the attention Stark has received for this unusual undertaking inspired an obviously jealous Mark Cuban to make with his usual paranoid rambling about how nobody ever sees Tony Stark and Iron Man together at the same time. Whatever, Mark!

I was in Ave Maria, FL recently to cover the excitement that is growing throughout the NAIA for the Gyrenes’ gridiron debut in 2011.

Gyrenes Head Football Coach Barry Fagan and I took a chartered helicopter up to the top of the replica helmet, set up some lawn chairs and, as we soaked in the panoramic view of the Ave Maria campus, Lake Gyrene and the sprawling metropolis of Ave Maria, I began my interview.

On his way to being the head man for Gyrenes football Coach Fagan’s career saw him take part in a 39-0-2 undefeated streak at Division II Ferris State University, a streak that brought the school 4 consecutive D2 playoff appearances culminating in a trip to the National Semi-Finals.

In the coach’s career at Hillsdale College, also in D2, the football team made its first playoff appearance in school history. The fact that that feat was accomplished while maintaining the school’s rank as the Number 1 academic institution in all of Division II gives you an idea of the qualities that made Coach Fagan seem the ideal fit for Ave Maria University. He strongly believes that teams can win without compromising on character, intellect or spirituality.

Consistent with that philosophy is the pride Coach Fagan takes in the way his former players will call him up years after graduation and thank him for making them better men and teaching them the necessary things to be successful in life.

When the coach refused to answer my question regarding how impressed his friends and family were that he got to be interviewed by me I turned the conversation to some of the challenges involved in recruiting for a school that is just launching football.

1. Getting the recruits to visualize what will be there in the way of facilities, equipment, etc.

2. Having been hired late (Feb.  12) finding kids that are the right fit; academically, athletically, spiritually

3. Educating administrators, faculty and staff on what it will take to get the program off the ground the right way

4. Convincing the recruits that red shirting is a good thing

I suggested that some recruiting difficulties might be overcome with a catchy slogan like “If you don’t mind havin’ a coach named Fagan, it’s a fiiiiiiiiiiiiiiine life!” but Coach Fagan reminded me that that bit from Oliver! was the second reference my blog has made to musicals and took a man-card away from me.

When I asked the Coach if he anticipated travel problems since virtually no other NAIA schools in Florida sponsor intercollegiate football he seemed philosophical about the situation:

“We’ll fly once a year to the west coast,  either Menlo College(San Francisco), or Southern Oregon University, ” he stated, “There will be some long bus trips but that is the nature of sub Division I Football…The good thing is that there are many teams that want to travel to Naples, FL.  It is almost like a bowl game for them.  We do not always have to look at a home and home situation.  Some schools are willing to travel two years in a row to our school, especially in late October and early November because of the weather.”

I asked Coach Fagan to use one word to describe the experience of preparing for Ave Maria University’s first year of NAIA football  and he replied “An adventure.” When I pointed out that that was two words he just rolled his eyes and indicated we should start wrapping up the interview.

By this point I was on my fourth glass of bourbon (Coach Fagan abstained), so I went into “interview wind-down mode” and asked a few non-sports questions.

Coach Fagan confessed his greatest non-sports passion was his family and since I love discussing bad movies with just about everybody the conversation turned to the most ridiculously bad movie the Coach had ever seen. He felt it was The Last Dragon, an answer that broke the hearts of Taimak fans everywhere (both of them).

Since we were on the subject of movies I asked the coach what a movie version of the first year of Gyrenes football should be titled and he stated ““Baptism Under Fire” (The Story of Ave Maria University Football)”.

Sounds like an Oscar-winner to me! I’m sure Mark Cuban would love to be a backer to avoid being trumped (as it were) by Tony Stark again over the cultural buzz regarding Gyrenes football.

If you can spot the faces of all 16 previous Chief Justices Of The Supreme Court in this provisional artists’ rendering of the AMU football field you can win $7.00! For details click here:  http://www.amuathletics.com/football/news/33/417/