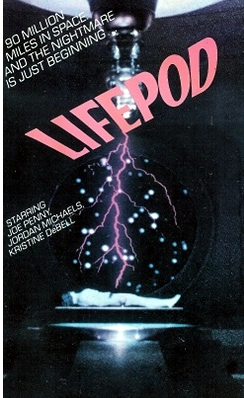 LIFEPOD (1981) – Previously Balladeer’s Blog examined the worst movies from the Robert Emenegger/ Allan Sandler collaboration, most of them with Steven Spielberg’s sister Anne … plus half the Cameron Mitchell family. With Lifepod, we return to E-Space (Emenegger Space. Sorry, Doctor Who fans.). This time, however, it’s with an underrated movie that makes you root for it despite its budgetary limitations.

The year is 2191. The moons of Jupiter have been colonized and are called the Jupiter States. A company nostalgically called the White Star Line has begun providing a spaceship cruise line to and from the Jupiter States. The flagship in this new line is called the Arcturus, with a state-of-the-art propulsion system and a revolutionary AI called a Cerebral running the ship. 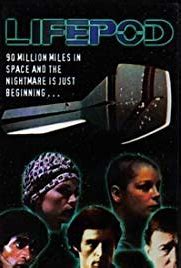 As the Arcturus, on its maiden run, approached Callisto, the Cerebral announced massive system failures and began shutting down life support systems while ordering the crew and passengers to evacuate in lifepods and await rescue from Callisto’s authorities. In their Mayday broadcasts the crew make it clear they no longer trusted Captain Montaine (Christopher Cary), who insisted the Arcturus was fine and the Cerebral was just malfunctioning.

The picture becomes further confused when the Arcturus‘ engines restart and it flies off now that the passengers are gone. END_OF_DOCUMENT_TOKEN_TO_BE_REPLACED