Adam Ant (Stuart Leslie Goddard) was the very first figure featured in Balladeer’s Blog’s Give Them A Shoutout Before They’re Dead segment last year. For the first time in months here he is again with Razor Keen.

INXS: THE ONE THING

Reaction to Balladeer’s Blog’s musical shoutout to INXS the other day has been through the roof! As a followup here’s Michael Hutchence at his Jim Morrison-y best as the strangest dining companion in history: it’s The One Thing.

Tagged as 1980s music, Balladeer's Blog, Give Them A Shoutout Before They're Dead, glitternight.com, INXS, Michael Hutchence, music, Mystify

BILLY SQUIER: MY KIND OF LOVER

Actually Billy Squier and I are just platonic friends. Honest. It’s another musical shoutout from Balladeer’s Blog. It’s not My Candelabra, though that DOES sound like what Billy is singing. Nor is it Joe Kenda Lover, which would be just plain silly. No, it’s Squire Squier’s hit song My Kinda (Kind Of) Lover.

Balladeer’s Blog reviewed the hilariously bad New Year’s Eve horror film Bloody New Year several years ago. One of my favorite bits is the odd but quirkily enjoyable song that plays over the opening credits. Here is the group behind that song – Cry No More – with Recipe for Romance.

Balladeer’s Blog’s feature “Give Them A Shoutout Before They’re Dead” strikes again!

WANG CHUNG: TO LIVE AND DIE IN L.A. 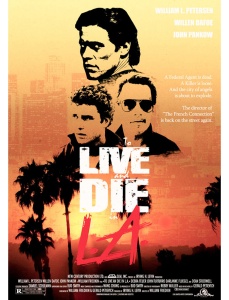 Balladeer’s Blog presents another edition of “Give Them A Shoutout Before They’re Dead.” This time around it’s to Wang Chung, for their memorable soundtrack for the INCREDIBLY underappreciated movie To Live and Die in L.A.

The movie was from some of the creative team behind Miami Vice and was often described as “Film Noir Meets MTV.” After a teaser depicting Secret Service Agent Richard Chance and his partner saving the U.S. president from a Muslim terrorist the main story focuses on the often-neglected role of the U.S. Secret Service: fighting counterfeiters.

Ironically the movie features top scenes from the novel it’s based on, yet presents the story with the exact opposite meaning that the novel offers. Both are enjoyable but in entirely different ways – the film as flash and the book as substance.

And Robert Downey SENIOR has a small role for you trivia buffs.

ADAM ANT: DESPERATE BUT NOT SERIOUS … AND A DANDY IN THE UNDERWORLD 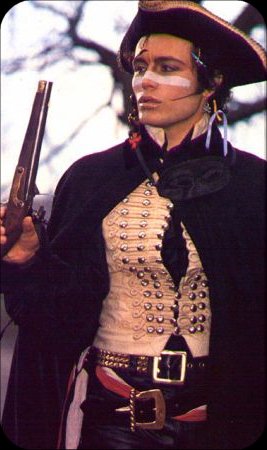 Balladeer’s Blog’s opening subject for my new “Give Them A Shoutout Before They’re Dead” category comes to a close. This is the last go ’round for Adam Ant (Stuart Leslie Goddard) so I made it a Double Feature.

First up, it’s Desperate But Not Serious, which is not only a very catchy song but also gets featured in an accompanying music video … from the 1980s. Even if you had no idea about ANYTHING that happened in the 1980s you would STILL be able to guess it was a 1980s music video.

Then, wrapping things up, is Adam’s cover of A Dandy in the Underworld, done in honor of one of his idols: Marc Bolan from T-Rex.

Here they are! Next time around I’ll focus on a different figure or group. 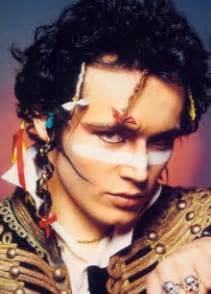 Welcome to Balladeer’s Blog’s next-to-last shoutout to Adam Ant aka Stuart Leslie Goddard. Just one more time after this and then I’ll move on to someone else.

Previously I’ve taken a look at Adam’s hit songs Goody Two Shoes, Vive Le Rock, Gotta Be A Sin, Miss Thing, Room at the Top and Made of Money plus his cover of the Doors hit Hello, I Love You.

This time around the featured song is Rip Down which – along with The Mohair Locker Room Pinup Boys – was often lumped into that VERY short-lived rock subgenre called Cabaret Rock here in the U.S.

ADAM ANT: MADE OF MONEY

Just a couple more shout-outs to Adam Ant – Stuart Leslie Goddard – then I’ll move on to another person. Previously I took a look at his songs Goody Two Shoes, Vive Le Rock, Gotta Be A Sin, Miss Thing and Room at the Top along with his cover of the Doors song Hello, I Love You.

Here is another great example regarding Adam’s eclectic style.

It’s Made of Money.