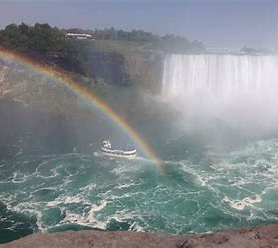 THE RAINBOW OF ADAMANT (1897) – Written by Charles Kelsey Gaines, this short story is an excellent example of how slowly word of scientific discoveries was spread in the 19th Century compared to our lightning-fast communications of today. The Rainbow of Adamant was written during the period when most of the world was still going by assumptions and theories about helium.

That element had been officially detected in 1868 and subsequently confirmed but its exact properties were unknown for decades. In 1895 a trio of scientists – Per Teodor Cleve, Nils Abraham Langlet and Sir William Ramsay – found helium emanating from “cleveite” (now known as a variety of uraninite) and documented its properties.

As word of the trio’s work was slowly disseminating among the rest of the scientific community and the general public, the April 1897 issue of The Pocket Magazine published Charles Kelsey Gaines’ short story The Rainbow of Adamant. That tale, reviewed below, presented a much more fanciful and exciting version of helium’s properties.

Josephine Stern, a young lady in love with the brilliant chemistry student Arthur Hope, implores her uncle and guardian to permit her to marry Arthur. Josephine’s uncle is skeptical of Arthur Hope’s career prospects in hard science because he considers him too infatuated with theories and wild speculation. Therefore, permission to marry is denied.

Josephine proves persistent and her uncle relents a little, stating that he will bless the marriage of Arthur and “Jo” on one condition. IF young Mr. Hope can come across enough tangible helium to prove that it possesses the fantastic properties that he theorized about in a scientific paper, the wedding can proceed.

Arthur confers with Professor Empsen, who informs him that a tiny sample of helium that he once studied had come from a remote South Seas island. Hope travels to the island and begins his search.

Our hero explores an active volcano and discovers that its lava and the network of caves in the volcano contain large samples of “shining” crystal helium. Arthur removes a sizable amount and heads for home.

Hope works with Professor Empsen to try proving his theory that crystal helium could act as a type of superconductor. The pair channel more and more electrical energy through the circuit containing the crystal helium.

As the level of power conducted through the sample rose higher and higher, the crystal helium withstood incredible temperature levels and went through multiple color changes. Utimately, the entire electrical output of the Niagara Falls dynamos are conducted through the helium sample, proving Arthur Hope’s optimistic theory.

The uncle blesses Josephine and Arthur’s nuptials, and the young man embarks on a successful and lucrative career.

Obviously, in real life helium does not possess the properties detailed in this story, but The Rainbow of Adamant makes for a nice, quick read. If you’re as interested as I am in such works of “ancient” science fiction, you may enjoy this.

FOR WASHINGTON IRVING’S 1809 depiction of an invasion from the moon click here:  https://glitternight.com/2014/05/05/ancient-science-fiction-the-men-of-the-moon-1809-by-washington-irving/

7 responses to “THE RAINBOW OF ADAMANT (1897) ANCIENT SCIENCE FICTION”