ANOTHER TWENTY FAILED PREDICTIONS FROM PSYCHICS

Among the most popular posts here at Balladeer’s Blog are this series of items regarding comical – sometimes hilarious – failed predictions from psychics. In the spirit of shameless pandering, here’s another!

DOCTOR N (This was the actual alias of a supposed physician and/or psychiatrist who did not want their identity known when they gave predictions.)

*** The United States and China will be at war by 1972 at the latest. America’s west coast states will become uninhabitable by radioactive fallout from something called “water blasts.” By the war’s end most of the U.S. will be destroyed and 190 million Chinese people would be dead.

*** Following a war in 1979 cancer research will be of prime importance. (No specification but I guess it was supposed to be a nuclear war.) Odd, since Dr N also claimed cancer would be cured by 1972.

*** The U.S. president in 1981 will die in office after serving for 12 years. Ooookay. Ronald Reagan was president in 1981 and he did not die while serving his entire constitutionally-limited term of 8 years. This prediction also contained an implied Constitutional Amendment that would allow presidents to serve more than 2 4-year terms. 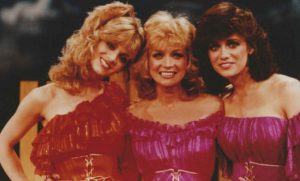 *** By 1986 one out of every three children will be deformed in some way by radiation.

*** In 1970 detention camps will be used for Vietnam War and Civil Rights demonstrators.

*** By the year 2000 all racial problems will have been resolved through intermarriage.

*** In 1975 a doctor with a name like Frazer or Azur with a white crew cut will find a way to perform heart transplants using cold in a way that eliminates the danger of organ rejection.

*** Whoever is president in 1989 (George H.W. Bush as it turned out) will see their wife die during the 2nd year of his term. Barbara Bush did not die in 1990. Unless you’re pushing a theory that she died and was replaced by a look-alike. 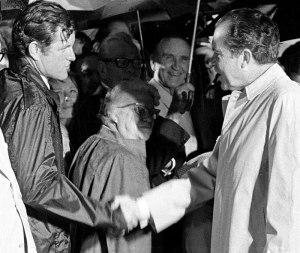 *** Richard Nixon will become seriously ill in December of 1973 and be replaced as president.

*** There will be no presidential election in 1980 because a constitutional convention (he may have meant either a Constitutional Amendment or a Convention of the States) will change a president’s term to just one term of either 5 or 6 years.

*** A new form of rocket propulsion will be discovered by 1980. This will increase the speed of spacecraft to the point where it will take just one month to reach Mars.

*** Also by 1980 New York City will be under water. NOTE: I will say again that apparently New York City being submerged must be some kind of seminal dream for the human race since every one of these lists of failed predictions has that metropolis under water by some point. Today people STILL push this prediction and keep pushing the date further and further into the future.

12 responses to “ANOTHER TWENTY FAILED PREDICTIONS FROM PSYCHICS”