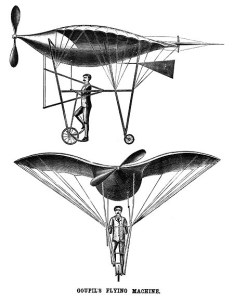 LOOKING FORWARD: A DREAM OF THE UNITED STATES IN 1999 (1899) – Written by Arthur Bird. This is speculative science fiction looking at world events and scientific advances from 1899 to 1999. Since the U.S. was coming off the 1898 war with Spain that accounts for the way Spain is presented as the major villain on the global scene.

In 1912 Mexico became part of the United States followed by Peru in 1920, Canada in 1930 and by 1935 the U.S. consists of the entire Western Hemisphere. Mexico City – now renamed Washington – has become the new capital of the expanded United States.

America and Great Britain retain their “special relationship” and in this book’s depiction of 1999 the U.K. is ruled by King Alexander II. Britain never lost its old colonies and in fact drove the French, Germans, Belgians and Spanish out of Africa to absorb the entire continent.

France itself was annexed as a German province after losing wars to Germany in 1907 and 1935. Russia conquered China and now rules all of Asia, while Spain – the epitome of evil in this book’s view – has been reduced to a war-torn wasteland following a World War.

That war united the entire world against Spain when that country violated the global ban on “bombardments from aerodromes (airplanes)” by dropping bombs on Fez.

Cars, planes, ships and trains all run purely by electricity. Dentists use electricity to cure all dental problems. Most diseases have been eliminated and robots now do all household tasks.

Electric shock punishment is used on people who default on their debts. Wife-beaters are dunked like witches long ago and vegetarians have become very militant, even refusing to wear leather shoes.

Cigarettes have been banned, kissing has gone out of style and the government controls the distribution of alcohol. Airships are in danger of flying too high and escaping the Earth’s gravity, dooming all aboard. These tragedies are viewed like sunken ships of the past.

Oddest of all, African-Americans in what used to be the southernmost states of the U.S. have established a nation for themselves in Venezuela and are prosperous and happy.

Looking Forward, as the title indicates, is largely an homage to Bellamy’s Looking Backward. There’s nothing too deep or profound about this look at life a hundred years from the time it was written. It’s enjoyable from a “What if …” angle.