With the Fourth of July Holiday coming up Balladeer’s Blog will be making some seasonal posts, like this one, covering often-overlooked elements of America’s war for independence from Great Britain. 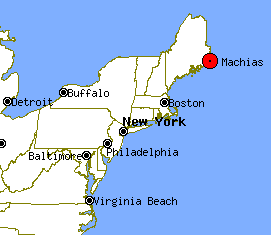 FIRST BATTLE OF MACHIAS – This battle took place June 11th and 12th of 1775, less than two full months after the Battles of Lexington & Concord kicked off our Revolutionary War. At this point in the 1700s Maine was still technically a Department of Massachusetts, which is why Maine is not listed as one of the original 13 colonies despite all the action that took place there.

With British forces under siege in Boston, Loyalist sellout Ichabod Jones contracted with the Brits to supply their troops there. A few of Jones’ ships plus the British war sloop Margaretta arrived in Machias, ME on June 2nd.

Initially the townspeople of Machias voted against doing business with Ichabod Jones since he intended to provide supplies for Redcoats in Boston. The Margaretta, commanded by James Moore, pulled to within bombardment distance of Machias, frightening just enough citizens to change their votes in favor of trade with Jones and his merchant ships.

Colonel Benjamin Foster, leader of the local Rebel Militia, gathered his men to fight back.

On June 11th and 12th the Militiamen seized the Unity (one of Jones’ merchant ships) and effected some quick alterations to make the vessel as battle-ready as possible. Colonel Foster’s men also commandeered the American ship the Falmouth Packet for their intended assault.

Meanwhile the rest of the Machias Militiamen marched overland to where the Margaretta was anchored and demanded its surrender. James Moore refused and, amid firing from the milita, withdrew to a point beyond their range. He then attempted to retrieve and escort the Polly, Ichabod Jones’ other merchant ship, but was driven away by firing from other Militiamen.

The Margaretta attempted to flee but was overtaken by the Unity. Fire was exchanged between the ships, including musket-fire and tossed grenades. Eventually the Americans boarded the British ship and man to man fighting began.

The Falmouth Packet caught up at last and helped capture the Margaretta and its crew.

As with all such lesser actions from the Revolutionary War the figures on casualties vary wildly. In this one the British suffered the capture of all their surviving men after losing anywhere between 5-9 killed and between 9-20 wounded. American losses are put anywhere from 4-10 killed and 1-3 wounded.